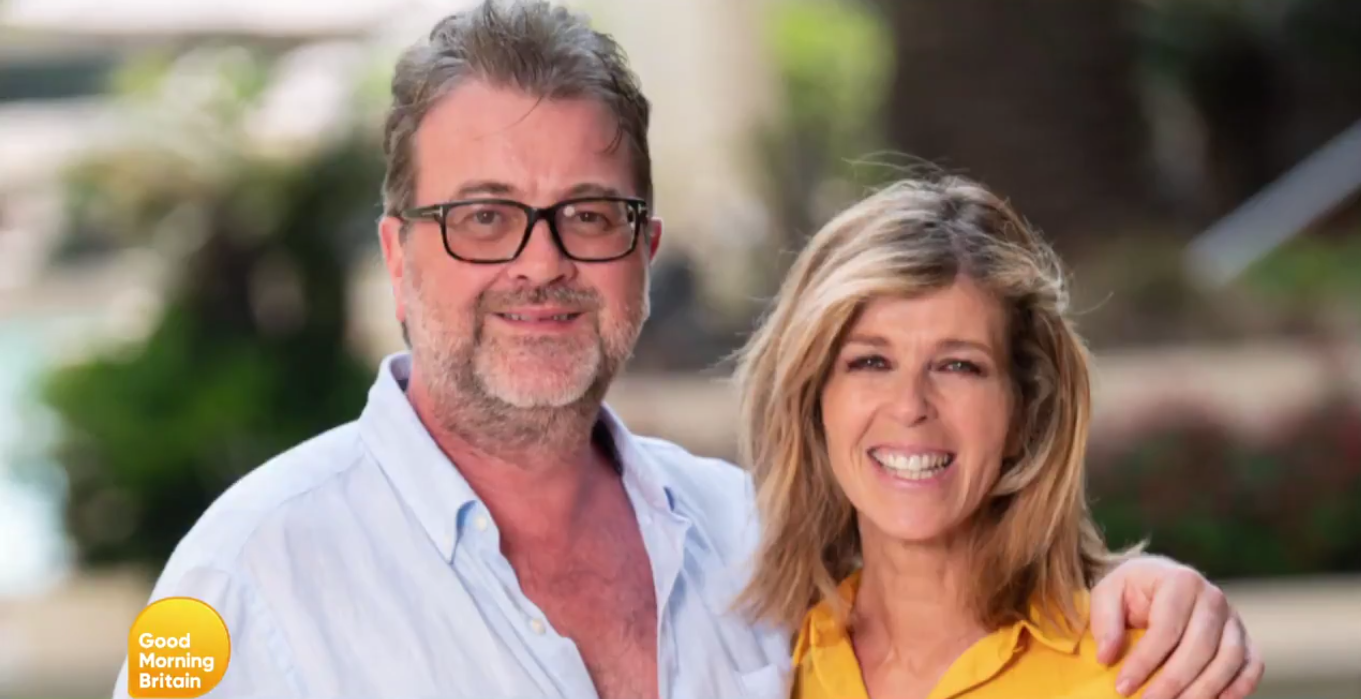 Kate Garraway has shared an emotional update on her husband Derek amid his health battle.

The 53-year-old spent over a year in hospital after contracting Covid-19 last March, and finally returned home earlier this month – where he will continue to receive round-the-clock care.

The former lobbyist’s body was ravaged by the virus, and he is still fighting issues with his lungs, heart, kidneys, liver and pancreas – as well as suffering cognition problems.

Speaking on Good Morning Britain, Kate opened up about a heartwarming moment where her husband noticed she was wearing a new dress, as she updated her co-hosts on his condition.

“Whether those are positives because it is genuinely helping his cognition being at home or just because I’m there to see the little things, you know, whereas I couldn’t go in before and we were on FaceTime and stuff, I don’t know.”

“But it feels positive, little moments of reaction. He actually said something the other day, I walked in the other morning just before I left to go to Smooth [Radio] to say, ‘I’m off to Smooth now,’ and he said, ‘New dress?,’ which was just amazing because it was actually.”

“I thought that was amazing on so many levels because he recognised it and, secondly, he realised and remembered that I need a lot of flattery, so there was some emotional connection there, and some basis of what our relationship has always been based on and it was just a little moment,” Kate explained.

'It's been wonderful having Derek home…There have been lots of little positives.'@Kategarraway shares an update on husband Derek Draper as she recalls the moment he made a comment about her new dress. ❤️ pic.twitter.com/yCk9KhYSlf

“And then, of course, there was nothing and we’re back to the sort of bits in between, so lots of little moments. Also, a very busy home now with lots of experts and teams of people coming in and out.”

Praising Derek’s carers, Kate added: “We all know, don’t we, that carers are incredible people, we’ve said it so much this year.”