Gemma Owen’s family have hit back at claims that she “doesn’t like” Luca Bish.

The couple were separated during the latest recoupling as new girl Danica Taylor was allowed choose the boy she wanted to couple up with first.

Danica chose to steal Luca, while Gemma decided to couple up with her former love interest Davide Sanclimenti.

Over the last few episodes, Luca has refused to share a bed with Danica, whilst Gemma has slept in a bed beside her new partner Davide – which led viewers to question her feelings.

One fan tweeted: “I’m dead that Luca slept in the other room and Gemma still slept with Davide”.

Another tweeted: “Gemma and Luca are not stable, I feel he likes her more than she likes him. They won’t last long on the outside anyways.”

During a Q&A on Gemma’s Instagram account, one fan asked: “Do you think she’s being her true self with Luca? X”

The 19-year-old’s family, who took control of her account once she entered the villa, responded: “Gemma is always 100% her true self.”

“She seems to have such a genuine connection with Luca. We are so proud of her & we are loving watching her journey in the villa so far❤️” 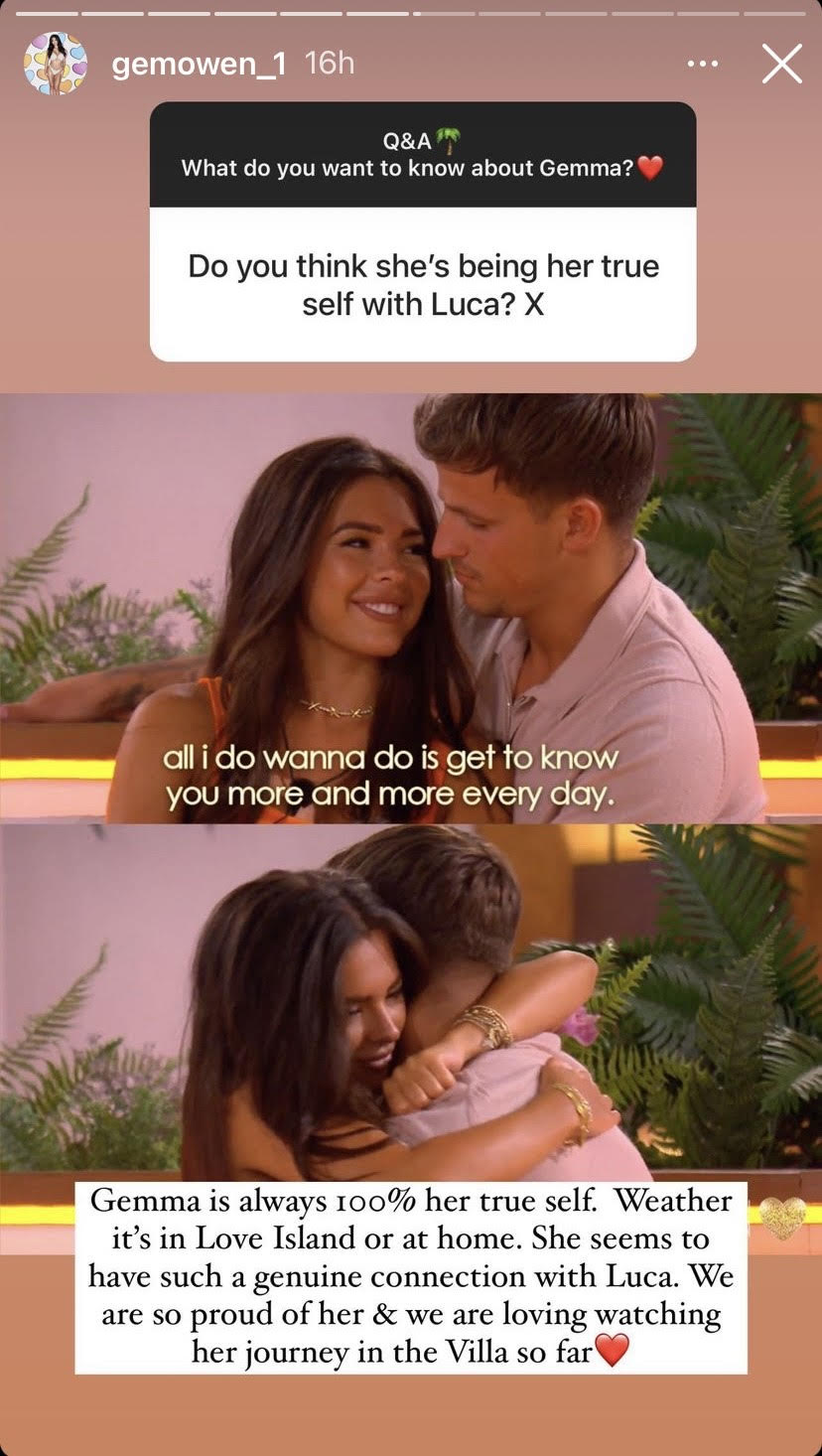