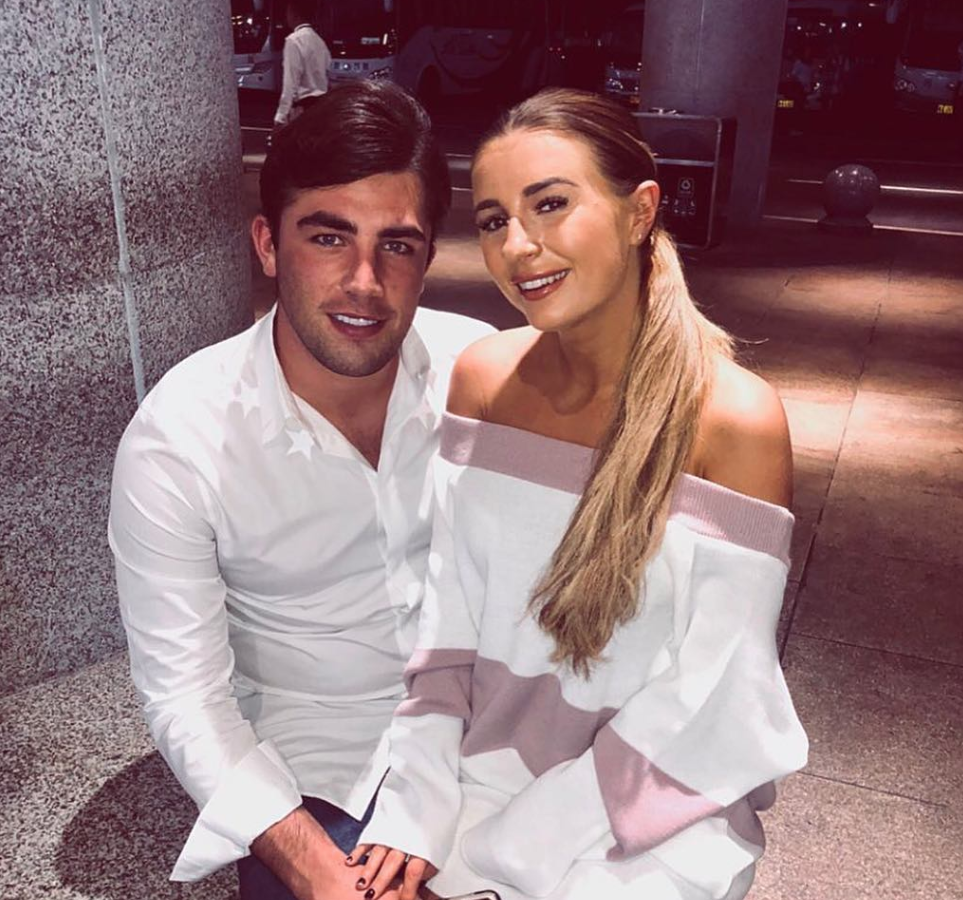 Dani Dyer has slammed claims that she faked her romance with ex-boyfriend Jack Fincham.

The Sun have since reported that Dani was secretly messaging Sammy before she went on Love Island last year, and always intended to get back with him.

However, Dani has since taken to Twitter to slam their claims. 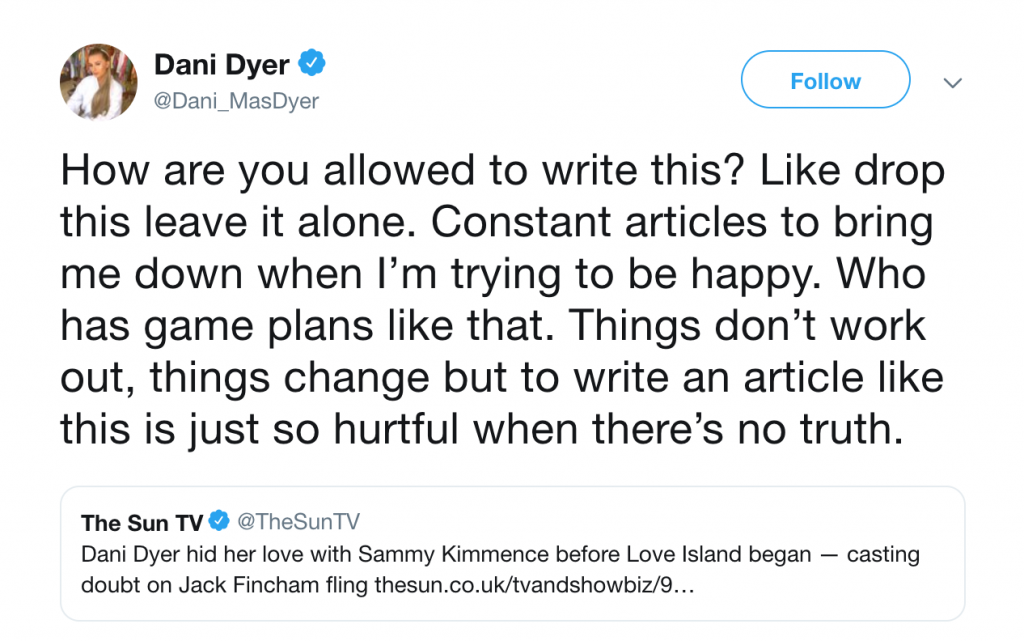 She wrote: “How are you allowed to write this? Like drop this leave it alone. Constant articles to bring me down when I’m trying to be happy. Who has game plans like that.”

“Things don’t work out, things change but to write an article like this is just so hurtful when there’s no truth.”

The newspaper had quoted a source, who claimed that Dani only joined Love Island to gain publicity.

They said: “She wanted to make the most out of the show and ensure she bagged the most lucrative deals.”

“She knew the best way to do this was to become the nation’s sweetheart and Jack added to that image.”

“It was always her intention to go back to Sammy,” the insider claimed.

Dani won the 2018 series of Love Island with Jack, but the pair broke up six months after leaving the villa.