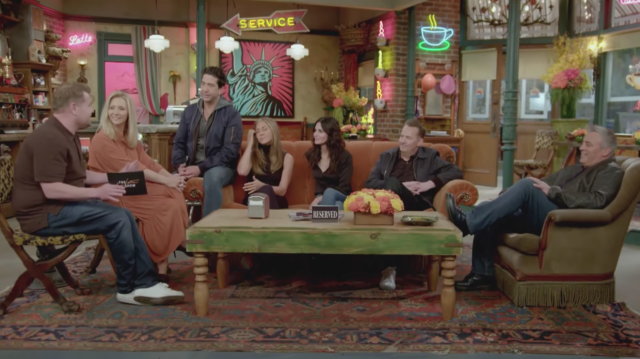 While they were being driven around, the cast took part in an impromptu Carpool Karaoke segment, after James played the Friends theme song. 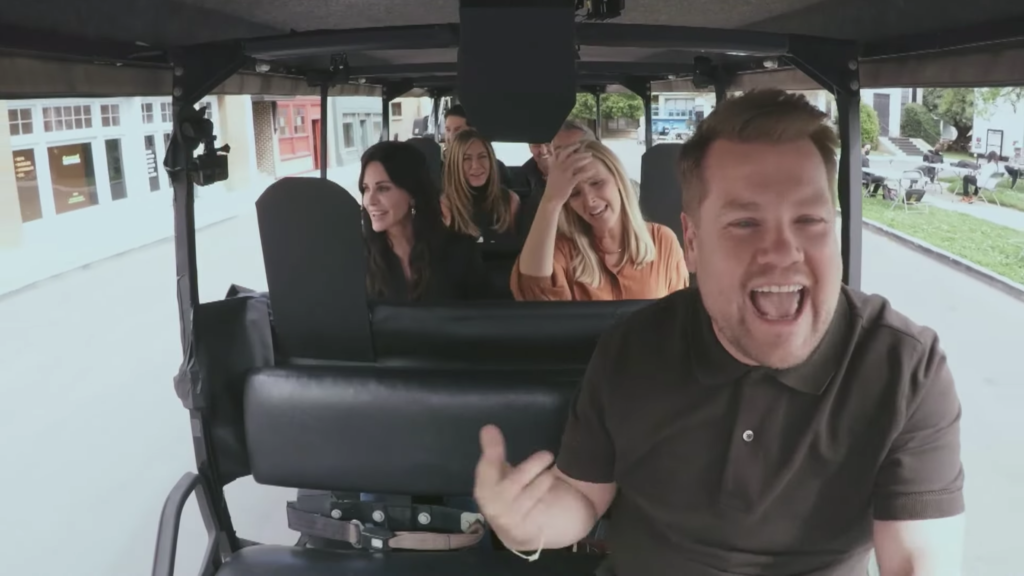 At the end of the song, Courteney said she “always wanted to do Carpool Karaoke.”

James then chatted to the cast about filming the emotional reunion special in Central Perk.

During a quick fire round of questions, the former co-stars revealed Lisa broke character the most on set, and shared who stole the most clothes from wardrobe.