Getting kicked off Love Island seems to have brought these two together.

It looks like things have turned around for Rosie Williams after the ‘gaslighting’ she suffered in the villa when Adam chose to ditch her and couple up with Zara.

Charlie and Hayley were the first couple to be booted out of the villa but he’s living a more lavish life away from Majorca, enjoying the British Grand Prix with Rosie on his arm last night.

The couple were dressed in black tie attire as they arrived together and posed for photos on the red carpet.

Charlie even put “#datenight” on one of his Insta stories with the beautiful brunette and said she was “looking ????????????”. 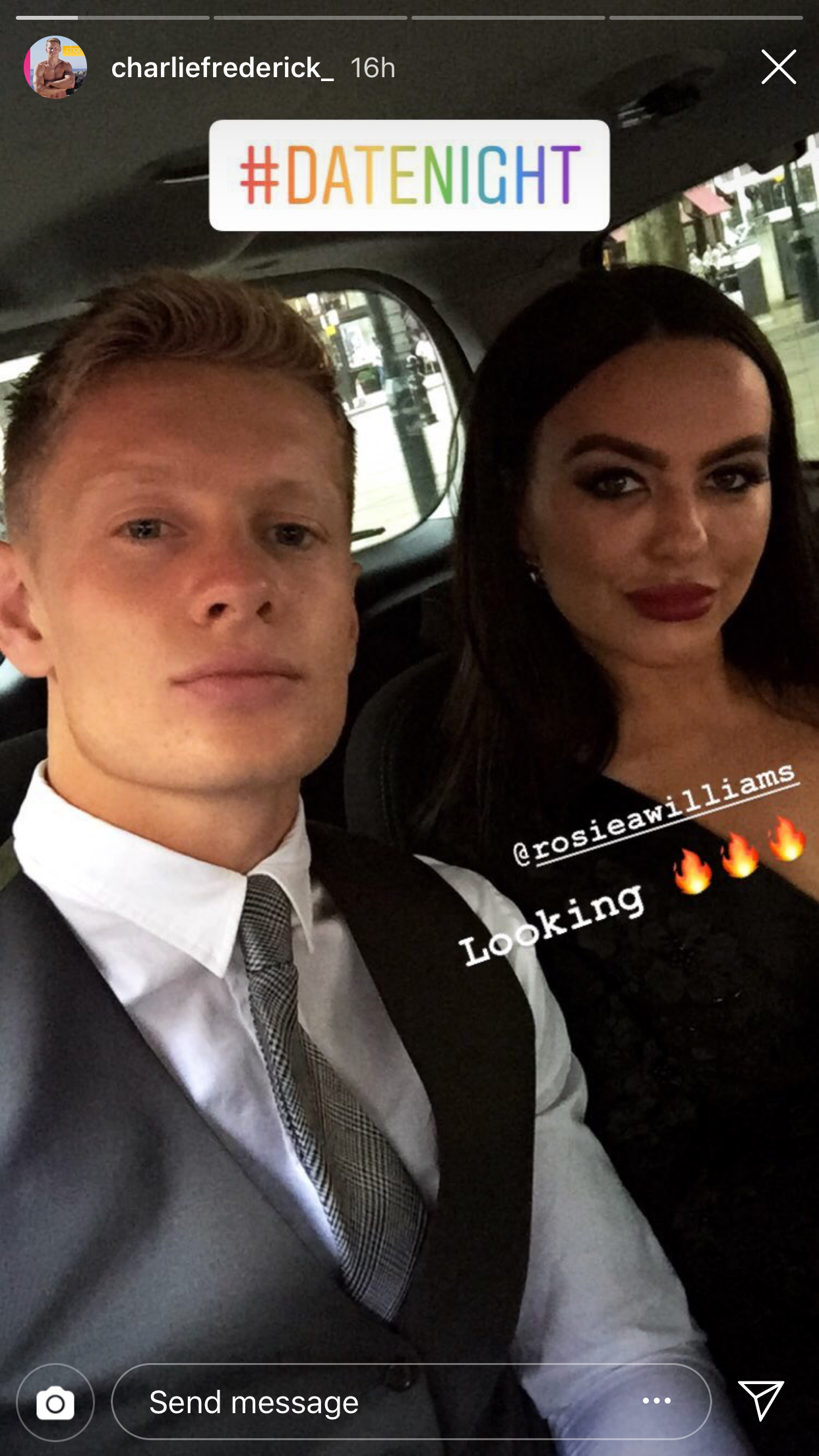 The glamorous event was in aid of Wings for Life in London and the couple weren’t shy about being seen in public together.

Taking to Instagram after the event, Charlie posted a photo of the pair alongside the caption, “Grand Prix ball with @rosieawilliams ????too late to recouple?! #loveisland.”

Grand Prix ball with @rosieawilliams ????too late to recouple?! #loveisland

Looks like they may have found love on the show after all!