The annual Cannes Film Festival kicked off last night and celebs were out in full style force.

This marks the beginning of a week-long exhibition of the world’s most fashionable stars, and of course the films they’re promoting.

A few of the the stars attending the event were Will Smith, Fan Bingbing and Jessica Chastain who are all serving on the jury this year.

We have picked our top five favourite looks from the night:

The model put on a show stopping display as she wowed in a silk gown with a peplum twist.

We love the striking appearance of this dress, not to mention the luxe-looking silky material.

We are loving Uma Therman in this blush Atelier Versace gown.

The Kill Bill star was one of the last to arrive on the red carpet but she did not disappoint. She is also serving as one of the jurors on this years panel.

The actress kept her jewellery simple, and she oozed class and elegance.

The Victoria Secret Angel looked breathtaking as she glided down the red carpet for the 70th Annual Cannes Film Festival.

We think she looks a little bit like the red dancer emoji, don’t you?

While the front of the dress is minimal, the back is embroidered with playful doodles of hearts, squiggles and flower petals, it’s even signed by the designer herself.

The Maleficent star was in attendance on the night to promote her new film The Beguiled.

She stunned with a sweet-heart neckline and thigh high slit.

This year the younger Hadid sister opted for a Hollywood glam look, as last year she famously wore a crimson Alexandre Vavthier silk gown which broke the internet.

The festival wraps up on May 28th so we can expect plenty more radiant red carpet style moments until then. 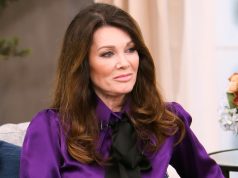 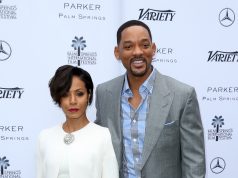