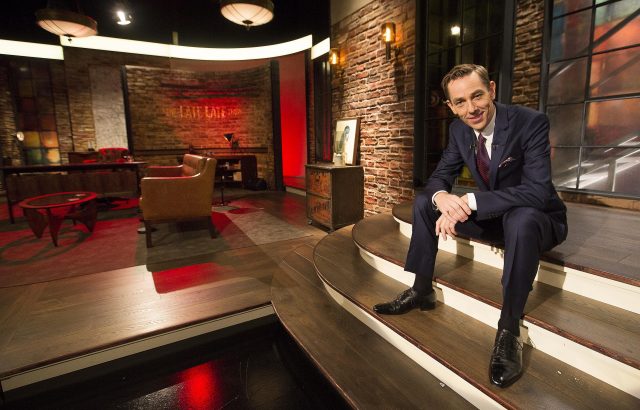 While the controversy around the new National Children’s Hospital rages, the vital work of saving lives continues in Irish children’s hospitals every day.

This week, The Late Late Show will go behind the scenes at Temple Street Children’s Hospital to hear from the children and families who have had life saving treatments, and host Ryan Tubridy will meet the doctors, nurses and staff who dedicate their lives to helping the most vulnerable of patients.

Champion jockey Ruby Walsh and his wife Gillian will also join Ryan on the couch to chat about life at the top of the racing game, what drives him to succeed, and why Gillian finds watching him race a nerve wracking experience.

After five decades in the fashion industry, designer Paul Costelloe continues to go from strength to strength, flying the flag for Irish design all over the world.

Paul will be on the show to discuss why top fashionistas are still flocking to his London Fashion Week shows, and the reasons behind the political undertones of his latest collection.

The Late Late Show Antiques Challenge is also back this week, and viewers will meet this year’s willing participants who will be battling woodworm, rust and cobwebs, and checking out the pieces they’re hoping to restore and revive.