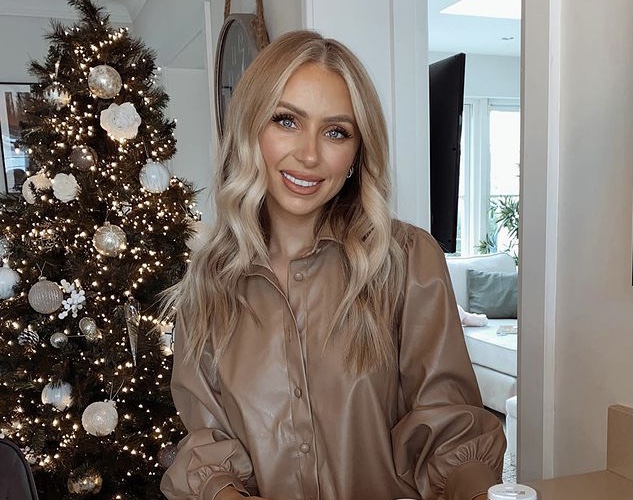 Last month, the Irish influencer launched an amazing designer giveaway to raise funds for the children’s hospitals, setting up a Go-Fund-Me page to facilitate donations.

To enter the giveaway, Rosie asked her followers to donate a minimum of €5 to the link in her bio for the hospitals, with a host of prizes up for grabs including a YSL designer handbag.

Taking to her Instagram Stories on Wednesday, the mother-of-two picked the winners of the giveaway at random, and revealed that €169,591 had been raised.

“You’ve no idea what a privilege it has been to be able to raise these funds.”

Last December, the Dublin native raised €287,636 in less than two weeks, after she posted a giveaway offering her followers the chance to win a Gucci bag in exchange for a donation to the cause.

“That’s a total of almost €450,000 raised between last year’s fundraiser and this year,” Rosie added. 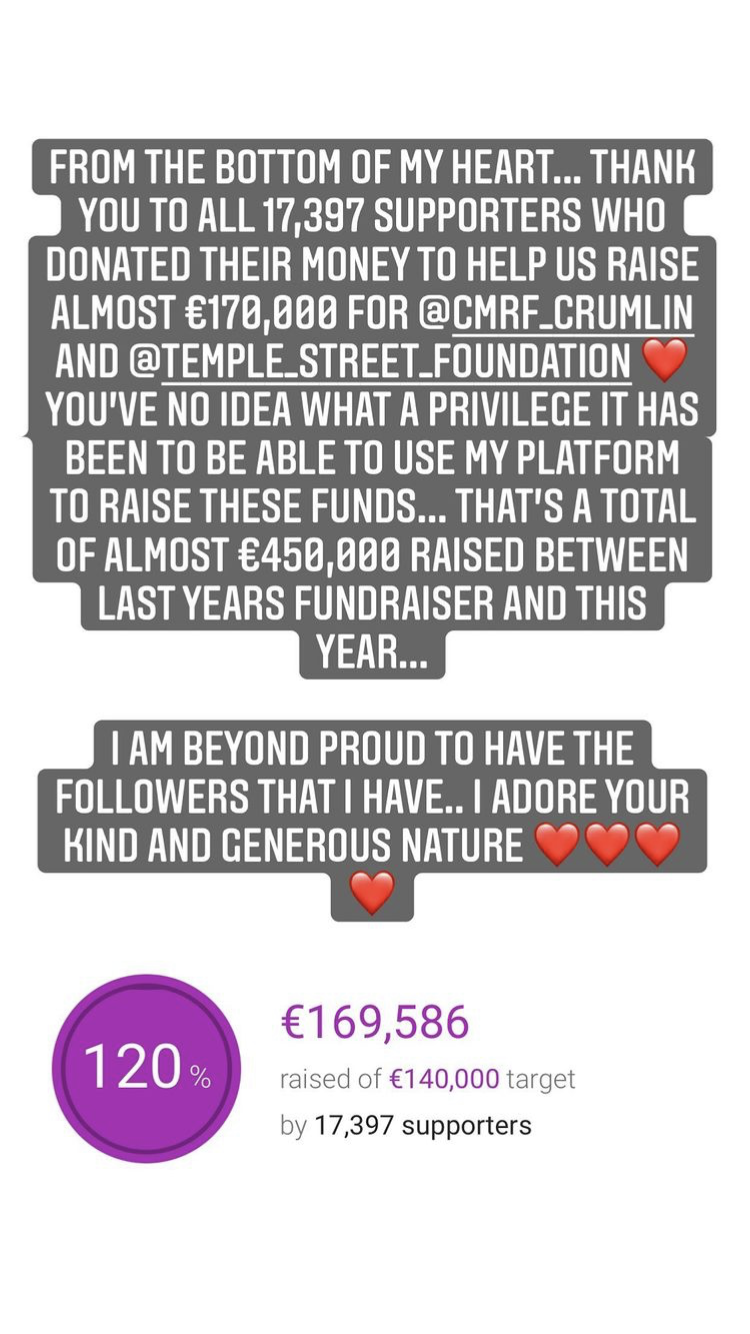 “I am beyond proud to have the followers that I have… I adore your kind an generous nature.”

After handing over the €287,636 check to the two children’s hospitals last year, Rosie admitted she was left speechless by her followers generosity.

Posting a photo of herself holding the cheque on Instagram at the time, she wrote: “✨PROUD✨…. there’s no other word to describe how I feel about every single person who donated to my fundraiser for @cmrf_crumlin and @temple_street_foundation ❤️.”

“You made this happen, and today I got to present the money and also had the privilege of walking the wards and meeting the tiniest hero’s with the biggest brightest smiles..

“I’ve no words for the staff, parents and children who are spending this Christmas in hospital… we are all thinking of you ❤️ #ThankYou”