Jess Redden has admitted she’s still “in denial” about her father’s death.

The model announced the death of her dad in a heartbreaking post back in September.

Speaking on Brian Dowling’s podcast Death Becomes Him, Jess revealed she felt the “floor went from underneath her” after a consultant called her to tell her that dad had just six to 12 months left to live.

The 28-year-old admitted she screamed with grief after the two-minute phone call, but was comforted by her father, who said: “I’m not afraid of dying, I just want a bit more time.”

“Definitely the hardest for me was seeing him suffer, hands down, bar how I feel now that was the worst part of it. Seeing what he had to go through, that was tough.”

“He was just so positive in the face of it all and all he wanted was to get home but with Covid and everything else it wasn’t feasible. We kept telling him, ‘Yeah dad, you’re coming home, you’re coming home’ and sadly he never did get to come home.” 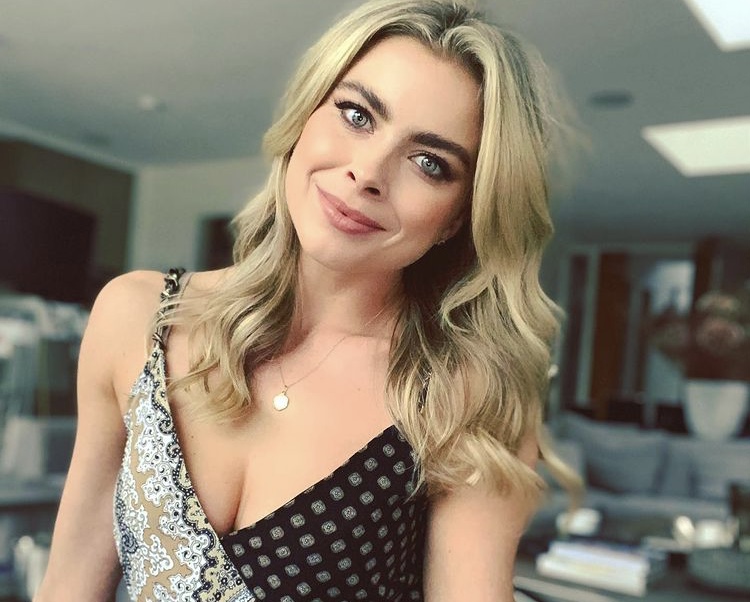 “He was just so positive and even towards the end when he did get bad news, his legs were swollen up with this lymphoedema and he said, ‘oh it’s fine, I’ll get a leg brace and I’ll be walking around’. His positivity was just contagious.”

“He was an incredible man,” Jess added.

“He only passed away five months ago so I’m still in denial, yeah. Even still when people say, ‘I’m so sorry to hear about your dad’ – I have this concrete wall up and I’m like, ‘I’m fine.'”

“So sometimes it is like people say, it’s like the ocean; calm one minute and the next it’s just every cell in your body is just overcome with it.”