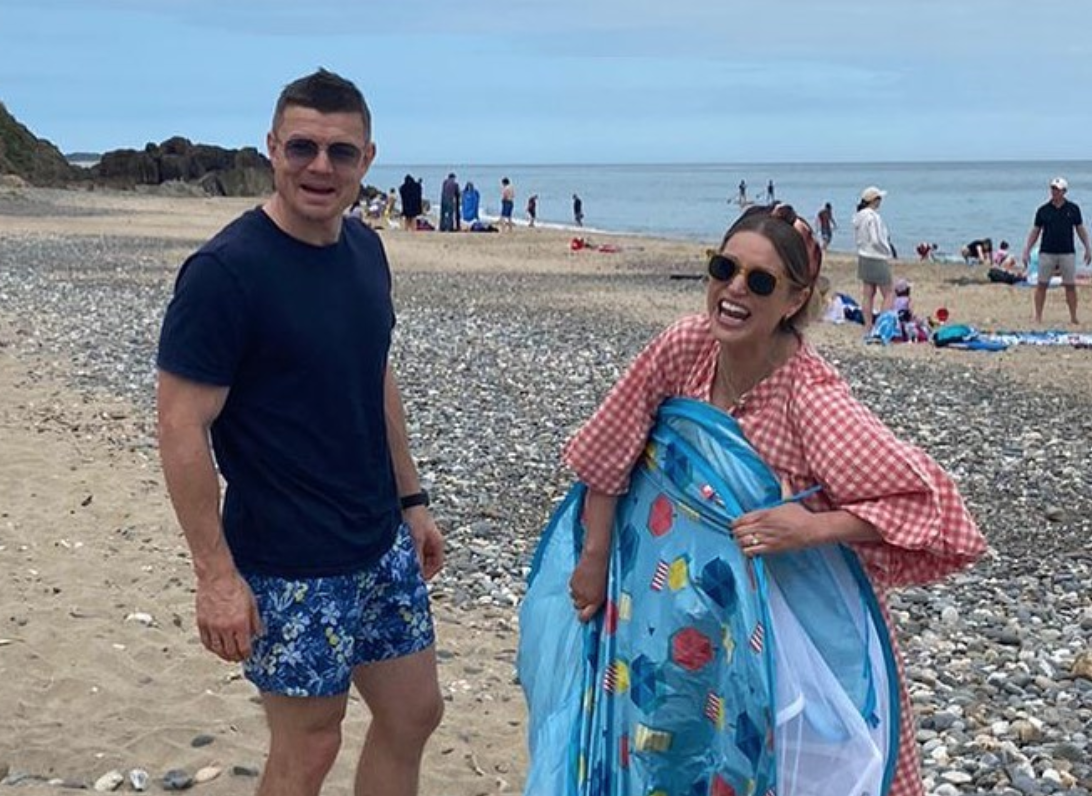 Brian O’Driscoll and Amy Huberman have shared snaps from their first holiday as a family of five.

The couple spent the bank holiday weekend in Wexford with their three children – Sadie, 8, Billy, 6, and Ted, six months.

The O’Driscoll’s soaked up the sun on Ballymoney Beach, and Amy posted a number of snaps from their day out on Instagram.

In the first photo, the actress showed off her outfit alongside a witty caption.

She wrote: “The face of a woman refusing to be held accountable for forgetting to pack almost ALL of the basic necessities needed for the entire family and the dog but managed to remember her Ravello dress designed by her gorgeous friend @ingridhoey with the fab @zoejordanstudio.”

In the next snap, Amy posed alongside her husband Brian, as she attempted to fold up a kids tent.

She captioned the post: “No no guys I got this.”

“Just proving you don’t need a combined undergraduate degree in engineering with a PHD in quantum physics to collapse, refold and pack away a pop up fold down mini sun tent yolk. Easy peasy. Done. 👌😐.”

The former rugby player also shared a snap from Ballymoney Beach on his Instagram Story, and admitted he was struggling to drag Ted’s buggy up the beach. 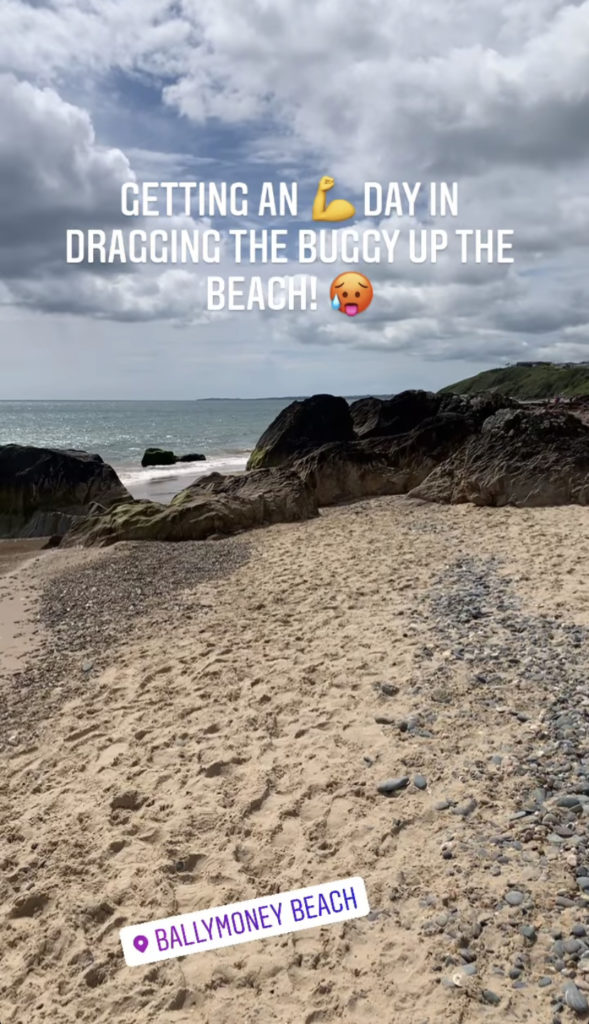 Amy and Brian welcomed their third child, a son named Ted, in December.

The Finding Joy star has since admitted Ted is “probably” their last baby.

The couple tied the knot back in 2010, and currently live in Rathmines.