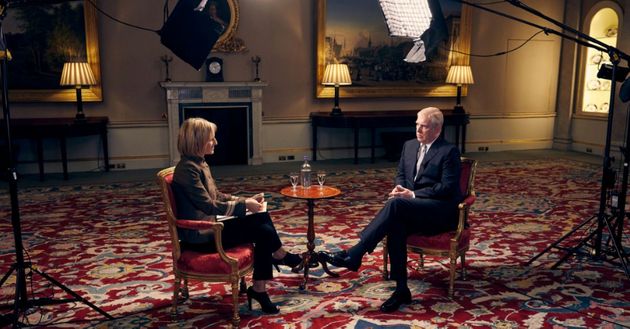 Viewers have been reacting in a huge way to Prince Andrew’s interview on BBC’s Newsnight.

The son of Queen Elizabeth went on the record to deny any sexual misconduct and to defend his relationship to sex traffic leader Jeffrey Epstein.

Virginia Giuffre has accused Prince Andrew of having sex with her while she was underage, alleging Jeffrey had trafficked her to the Royal.

People all over the world tuned into the in-depth interview, with most viewers slamming the Prince for his answers.

Prince Andrew mainly claimed he had “no memory” of meeting the alleged victim, and claimed he only stayed with Epstein after he was convicted sex offender because his house was “convenient”.

He also slammed Virginia’s specific claim that he “sweated” on her in a London club, saying he could not sweat at the time indicated.

Take a look at the backlash:

This is a fucking public relations catastrophe. Who is advising him?! #PrinceAndrew #Newsnight

“It was inappropriate for us to be seen together”. Not horror that Epstein was a monstrous paedophile. Just that it would damage his own reputation. #PrinceAndrew

If you can’t watch the #PrinceAndrew interview, here are the highlights. pic.twitter.com/QrbHRevGiU

#PrinceAndrew, staying with your convicted paedo friend you went to break up with was more convenient than getting a hotel? In New York, where some of the world’s most luxurious hotels are?! And with your untapped wealth?!? pic.twitter.com/scXLF8K7bi

How shifty does #PrinceAndrew look in this interview? He’s currently digging his own grave.

I assume everyone is watching this #PrinceAndrew absolutely gobsmacked? Stayed at Epstein’s New York property after conviction because it was ‘convenient’? You’re a Prince, literally ANYWHERE is available to you – calling total bullshit

The acting in The Crown has really gone down hill in the new series. #princeandrew pic.twitter.com/IvrzaywYS5

I don’t remember dancing at a club. I was at home. Which I remember precisely. And I don’t sweat. #PrinceAndrew pic.twitter.com/8ApnC5uQpY

You’ve been accused of rape. Your defence: I have no recollection of meeting her, I used to have a sweating condition, I was at pizza express, I don’t remember having a photo, I’ve never been upstairs, I only wear suits when in London, I stayed down the street… #PrinceAndrew