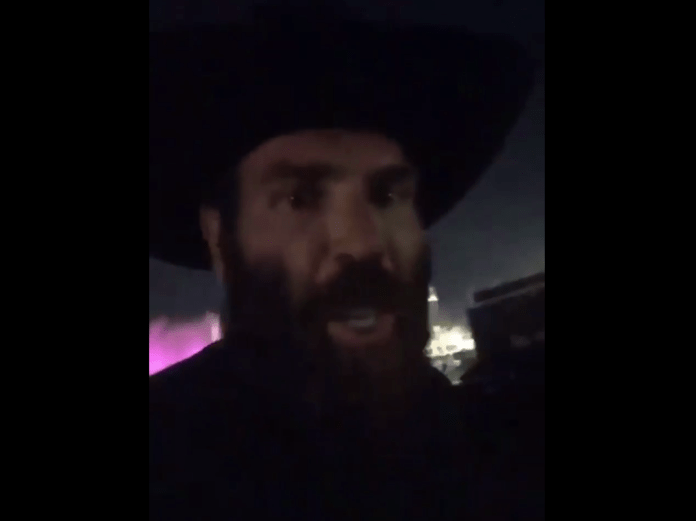 Dan Bilzerian has posted a video on Instagram of him running away from shooters in Las Vegas.

This morning, news broke that a gunman opened fire at the Mandolay Hotel in Las Vegas during the Route 91 Harvest country music festival, and it’s not yet known how many people have been killed or injured.

The 38-year-old poker player filmed himself running from the sound of gunshots, saying, “Holy f***, this girl just got shot in the f****** head.”

It’s not yet known how many people have lost their lives, but early reports indicate that ‘several bodies’ can be seen lying around the stage area.

It is understood one shooter is down.