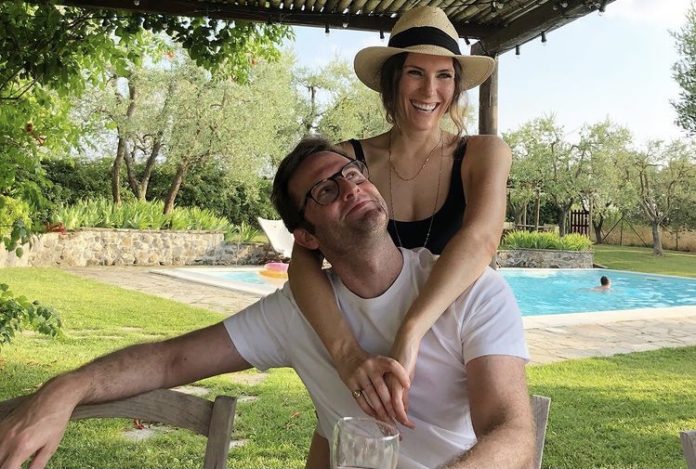 Schitt’s Creek star Sarah Levy has announced the birth of her first child.

The actress shared the news via a sweet snap of her newborn son’s feet on Instagram on Tuesday.

She captioned the post, “He decided to make an early entrance but we are so glad sweet James Eugene Outerbridge is in the world ✨.”

Sarah never officially announced she was expecting her first child with her husband Graham Outerbridge.

However, in mid-May she shared the first photo of her pregnant belly as she donned some holiday-wear.

She captioned the photo, “We’ll take all the salt & vinegar chips and the hottest hot sauce you have, thx!”

The Canadian actress, who is best known for playing Twyla Sands in Schitt’s Creek, wed her actor and producer husband Graham Outerbridge in October 2021.

The couple have been together since at least 2018 – which is when they went Instagram official.