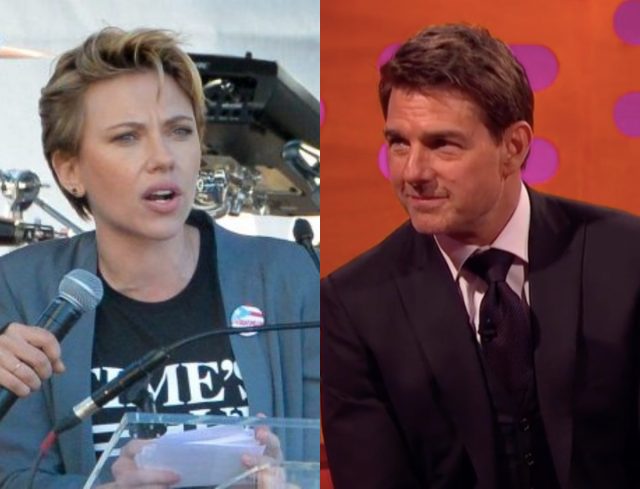 Scarlett Johansson has denied claims that she auditioned to date Tom Cruise.

Former Scientologist Brendan Tighe recently alleged that Scarlett was among a number of actresses who auditioned to date the Hollywood star, following his 2001 divorce from Nicole Kidman.

However, the actress has finally addressed the allegations in an interview with The Hollywood Reporter.

She said, “The very idea of any person auditioning to be in a relationship is so demeaning.”

“I refuse for anyone to spread the idea that I lack the integrity to choose my own relationships. Only a man aka Brendan Tighe would come up with a crazy story like that,” she added.

The Church of Scientology has also denied Brendan Tighe’s claims.

In a statement, they said, “Brendan Tighe was a Church of Scientology Flag Service Organisation security guard/night watchman from 2002 to 2009.”

“The ‘access’ he boasts of having was largely limited to viewing security cameras from a guard booth. He was removed from that position for dereliction of duty.”

Tom Cruise has not yet responded to the claims.