Meghan Markle has yet to see her mother – despite now only living 10 miles apart.

The actress moved back to LA this month with husband Prince Harry and son Archie, but the family have been forced to self-isolate.

The couple came under scrutiny for making the move from Vancouver to California, right in the middle of the Coronavirus pandemic, as world leaders had urged everyone to stay at home and not to travel.

Now it has been revealed that Harry and Meghan are self-isolating in a “secluded mansion in a private gated community” with baby Archie.

According to reports Meghan has not seen her 63-year-old mother Doria during this time.

“Meghan is absolutely heartbroken,” a source told the UK Sun.

“After all, one of the main reasons she decided to live in LA was to be near her mum.”

“Because of her age, Doria obviously has to be careful and Meghan and Harry are sticking rigidly to all formal guidelines when it comes to Coronavirus.

“They’ve been WhatsApping and FaceTiming almost daily but obviously it’s not the same,” the insider added.

The source also said Meghan, 38, would now be spending her free time “focusing on philanthropic causes” with Harry, now that they have both stepped down as senior Royals.

It comes after Harry was criticised by many for jetting to LA and not returning to the UK, where his dad Prince Charles was diagnosed with COVID-19.

Royal insiders had said members of the Royal Family were “shocked and horrified” by the news, and did not know he was moving close to Hollywood.

Now the couple are said to be househunting in Malibu, in the same area Harry’s mum Princess Diana had hoped to live in before her tragic death. 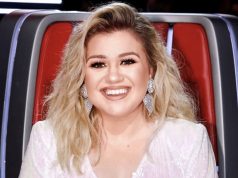