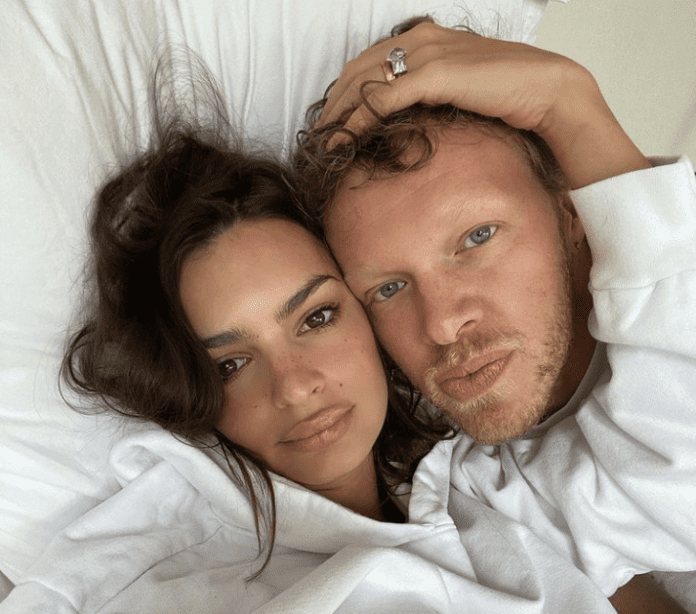 Emily Ratajkowski’s husband Sebastian Bear-McClard is reportedly begging for another chance amid their split.

Last month, PEOPLE reported that the couple had parted ways after four years of marriage.

They added that the model was planning on filing for divorce from the film producer.

A source close to Emily has since told Page Six that “Sebastian is begging her to give him another chance.”

“That’s not going to happen because she did her own digging and discovered even more s**t he did behind her back.”

Rumours first swirled that the couple had split in early July, as Page Six reported that Emily was seen without her wedding ring.

The 31-year-old is also not wearing her ring in any recent Instagram posts.

Emily and Sebastian were first romantically linked in 2018, after they were spotted packing on the PDA on Valentine’s Day.

That same month, the couple tied-the-knot in a ceremony at New York City’s City Hall.

Emily previously revealed on an appearance on ‘Busy Tonight’ that she and Sebastian had been friends for a while before getting together.

“We knew each other for a long time before and he likes to joke ‘yeah everyone thinks we got married quickly, but you vetted me for two years,’” she said.

In March 2021, the couple welcomed their first baby together, a son named Sylvester Apollo.