The opera is named after the longest running king of Babylon.

The performance will take place at the Hollywood Bowl on November 24th.

Taking to Twitter, Kanye shared the event with his fans and followers.

The eccentric star shared a snap of the invitation artwork for the opera.

The show will be directed by Vanessa Beecroft, will also feature music by Kanye’s Sunday Service performers, as well as Peter Colins & Infinities Song.

Tickets for the opera go on sale today.

“[God] is saying, Let me take this Nebuchadnezzar-type character—Nebuchadnezzar was the king of Babylon, and he looked at his entire kingdom and said, I did this,” he said, adding: “I stood on the top of the mountain talking about Yeezus, saying, ‘I’m a God’—I had a guy dressed as Jesus.” 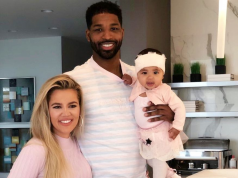