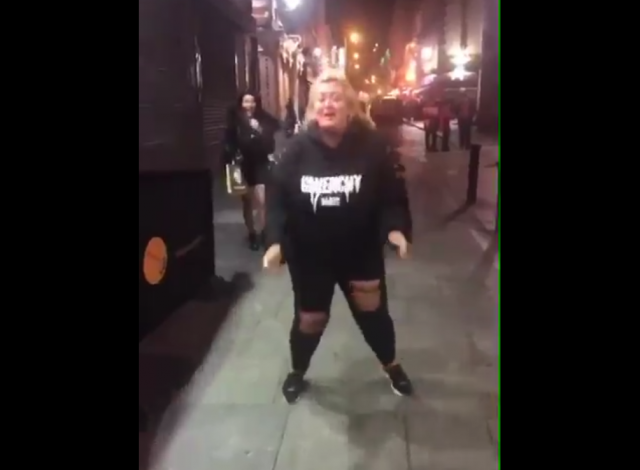 Gemma Collins has to be our favourite reality star right now.

The TOWIE star has been the subject of many a meme as of late, and the GC never fails to make us laugh.

The blonde star is currently in Dublin filming TOWIE, and she’s been showing off her kickboxing moves while on a rowdy night out in the Irish capital.

Gemma’s co-star Tommy Mallet posted a video of Gemma pretending to size him up on Twitter, and he captioned it, “Chat s*** get GC’d.”