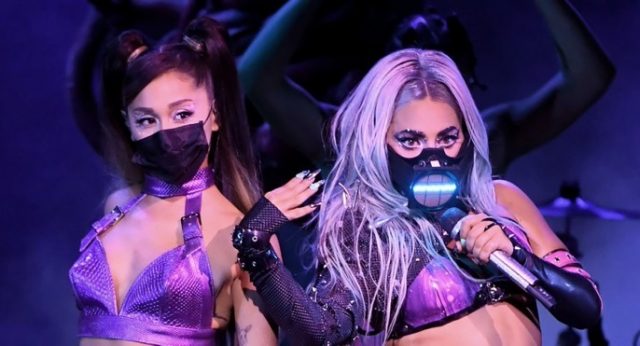 The 2020 MTV Video Music Awards took place last night, and for the first time ever the event was held partially virtual.

This year’s show was due to take place in Barclays Center in Brooklyn, New York – but due to COVID restrictions, several outdoor performances were held around New York instead, with limited or no audience.

From The Weeknd’s incredible opening number from a roof top, to Lady Gaga and Ariana Grande’s first ever live rendition of Rain On Me, to BTS’ first VMA performance – we have rounded up the top performances from last night’s show.

Lewis Capaldi – Before You Go