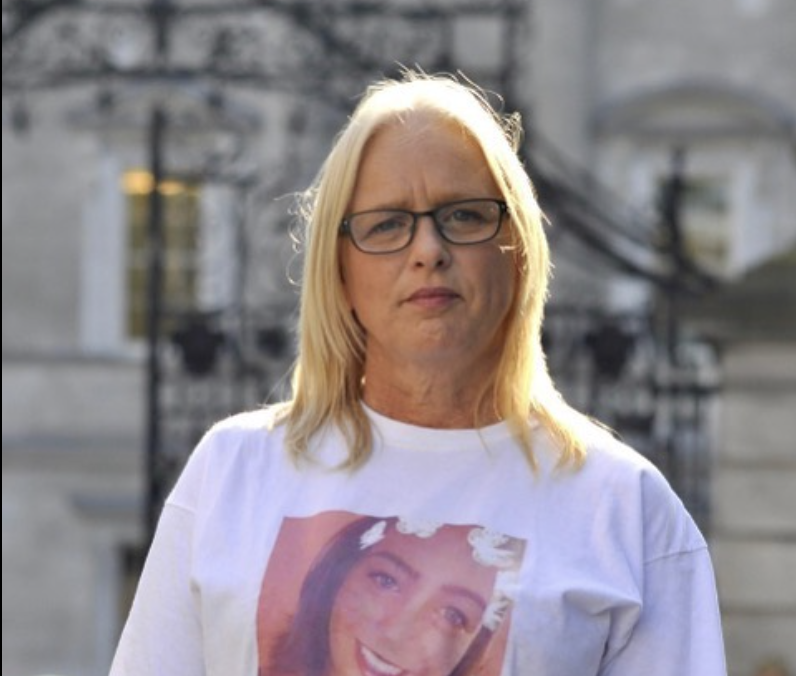 Jackie Fox has opened up about the daily torment and online abuse her daughter Nicole (Coco) suffered before she died by suicide.

Nicole died at the age of 21, after years of what her mother describes as “torture” from a group of girls, which started offline but eventually went online, causing Nicole first to attempt an overdose in 2016, and eventually losing her life in 2018.

Speaking to Goss.ie Founder Alexandra Ryan on the latest episode of Goss Chats, Jackie explained how her “bubbly, beautiful” daughter was “damaged” by the constant bullying, and revealed her heartbreak when her ‘Coco Pops’ passed away.

In an emotional admission, Jackie revealed that Nicole was sent videos and messages telling her to end her life, and even suggestions on how to do it.

Since her tragic death Jackie has been campaigning to bring in Coco’s Law – a new law that will see online bullying become a criminal offence, with bullies facing up to 7 and a half years of jail time.

You can sign the petition to bring in Coco’s Law right HERE.

Watch the full interview below.

WARNING: This interview contains discussion about suicide and self-harming and is quite distressing.

If you have suicidal thoughts or are affected by anything mentioned in this interview: please free call the Pieta House 24-hour helpline on 1800 247 247. You can also contact the helpline by text – text HELP to 51444

On this week’s episode of Goss Chats, Goss.ie Founder @itsalirose chats to @jackiefoxx1- who lost her daughter Nicole to suicide after being cyber bullied. Jackie talks about her fight to get Coco’s Law brought into legislation in Ireland – a new law that will make online bullying a criminal offence. WARNING – episode contains discussion about self-harming and suicide. If this interview affects you in any way please contact Pieta House. Please free call the Pieta House 24-hour helpline on 1800 247 247. You can also contact the helpline by text – text HELP to 51444.