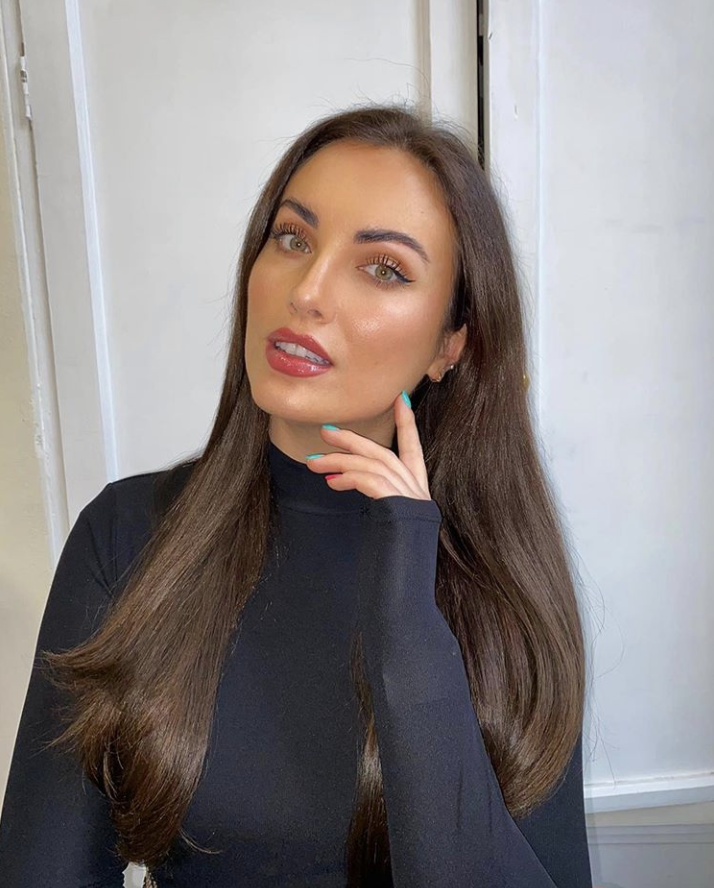 The Dublin star talks everything from dating during lockdown, re-discovering herself during the pandemic and how she deals with online trolling.

Speaking about dating during isolation, the former Miss Ireland admitted she has “been chatting to a few boys” online.

Ah dul go dtí an siopa in my @eamonnmcgilldesign face covering ???? I never noticed how much I touch my face during the day until I started wearing this! ???????? you can pop them in the washing machine after each wear ✨ hope everyone’s holding up ok ❤️ #quarantinelife

“But like it is weird because there is kind of a part of me that’s like ‘when I’m I realistically going to see you’.

“And then if we do go on a date are we going to be two metres apart? There’s apart of me that wants attention and then I’m also like but does this even make sense,” she added.

Meanwhile the Dancing With The Stars alumni opened up about dealing with online trolls, admitting she always blocks negativity on her social media channels.

“Sometimes they just come out of nowhere,” she said of online trolls.

“I did a video about my hair and someone messaged me saying ‘do you not realise there are people dying in the world and all you care about is your hair’.

“Or sometimes you’ll randomly get a message from a guy saying ‘oh you’re so stuck up’.

“But usually when you scroll back up it’s because you haven’t replied to him being like ‘do you wanna get a drink?’.