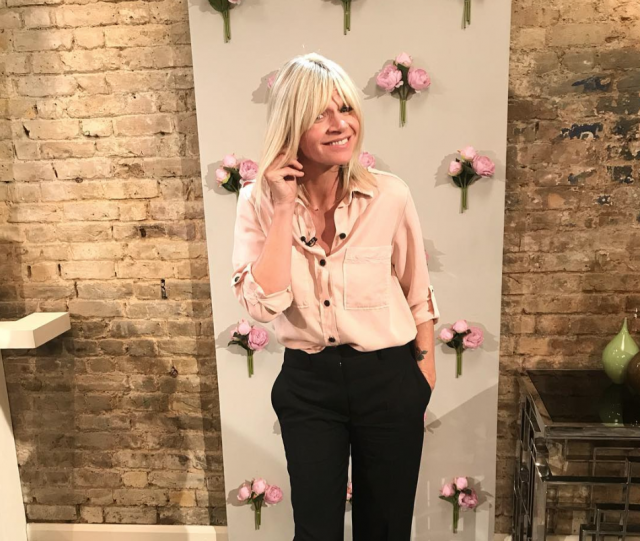 Chris Evans has confirmed that Zoe Ball will replace him as host of his BBC Radio 2 Breakfast Show.

The radio host revealed the news live on air this morning, and announced that Zoe will be taking over in the new year.

Speaking on the show, Zoe said: “This is bonkers, can I just say. I am a crazy mix of elation, wanting to burst into tears and thinking of running away. But I am mainly thrilled, I couldn’t sleep all night.”

In a statement, Zoe added: “I’m absolutely thrilled to be following in the giant footsteps of Chris Evans as the host of the Radio 2 Breakfast Show.”

💃From @bbcstrictly to @sportrelief, our Zoe’s been keeping herself busy alongside hosting shows for @bbcradio2 since 2006! pic.twitter.com/ouRoeRbVcx

“To be the first woman to present this very special show is both an honour and privilege. Believe me, I’m not underestimating the enormity of the task ahead, to follow not one but two of my broadcasting idols, into such a well-loved show is somewhat daunting.

“But I hope, in the same way that Chris made this show his own after taking over from the wonderful Sir Terry Wogan, that with a top team alongside me, I can bring the fabulous Radio 2 audience a show they want to wake up to,” she added.

Zoe landed her role as co-host of the BBC Radio 1 Breakfast Show back in 1997 – and went on to become the first woman to host the show solo between October 1998 to March 2000.