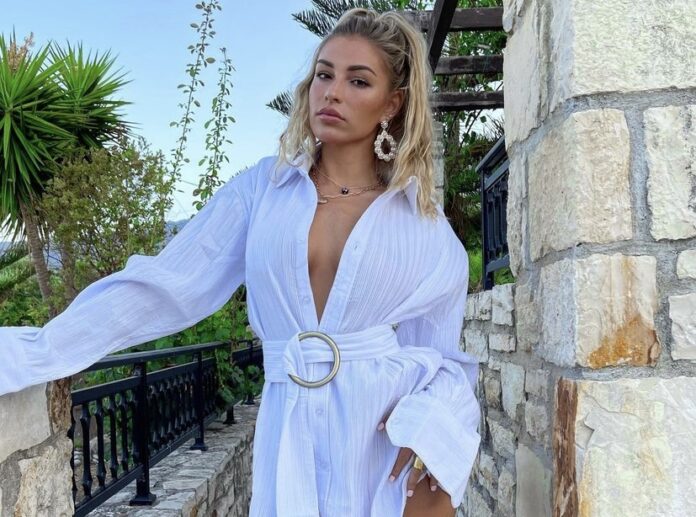 Zara McDermott has revealed she was rushed to A&E by her boyfriend Sam Thompson after experiencing “excruciating pain”.

Taking to her Instagram story on Saturday, the 25-year-old wrote: “wow last night was so eventful! Sam had to rush me to A&E because I had excruciating pain in my abdomen…”

“Had a feeling it was a burst cyst on my ovary because I’ve had it before but on the other side and it felt extremely similar.” 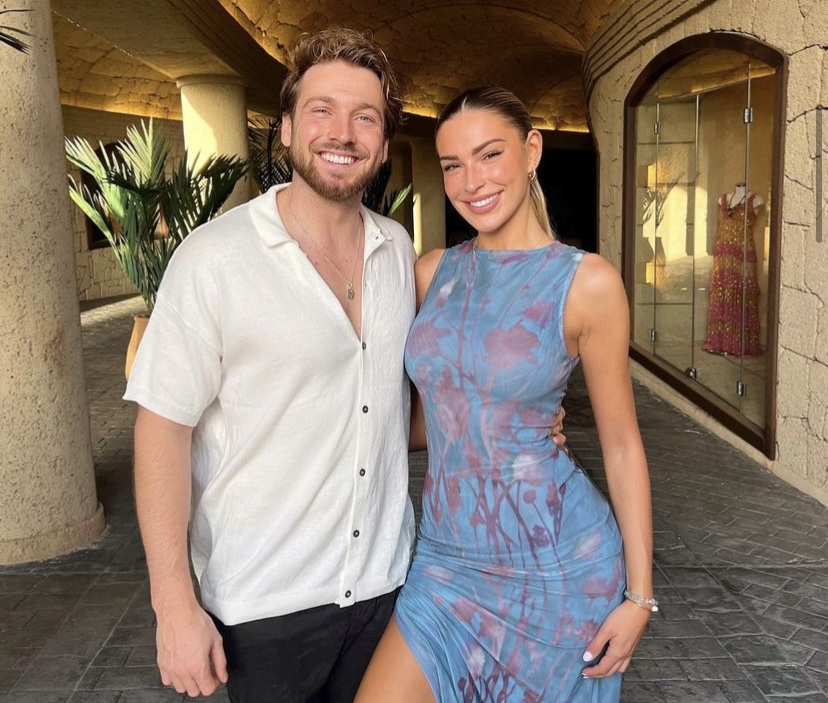 Zara continued: “I just want to say, the A&E team were just INCREDIBLE. I was seen so quickly and had all tests and scans done within 2 hours of being there.”

“They wanted to keep me in overnight but after all the pain relief I felt a lot better so I had a few hours in bed before heading back in this morning for another few scans.”

“They want to make sure my ovary isn’t twisted as I was presenting with all symptoms last night. But likely burst cyst – which if you’ve had before is EXCRUCIATING !!!” 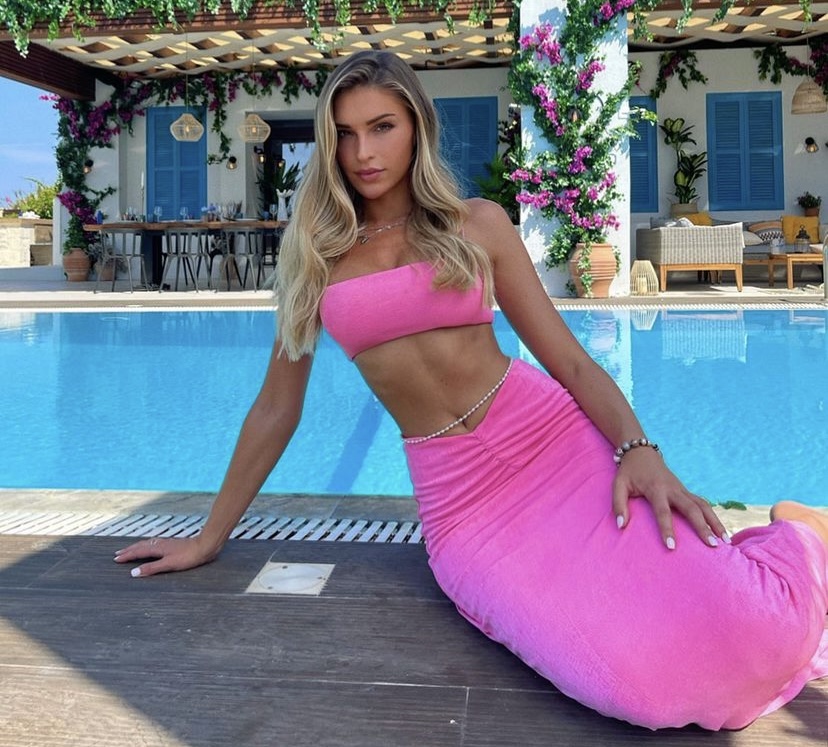 Zara later took to her Instagram story again to issue an update on her health to her 1.7 million followers.

The Love Island star wrote: “Thank you for your messages guys!!!!!”

“They found blood in my abdomen which indicates it’s a burst cyst for sure and nothing else; the good thing is that my ovary looks fine and isn’t twisted.”

“So lucky to have such an amazing NHS – they were so bloody brilliant and I’m going to have a relaxing weekend now.” 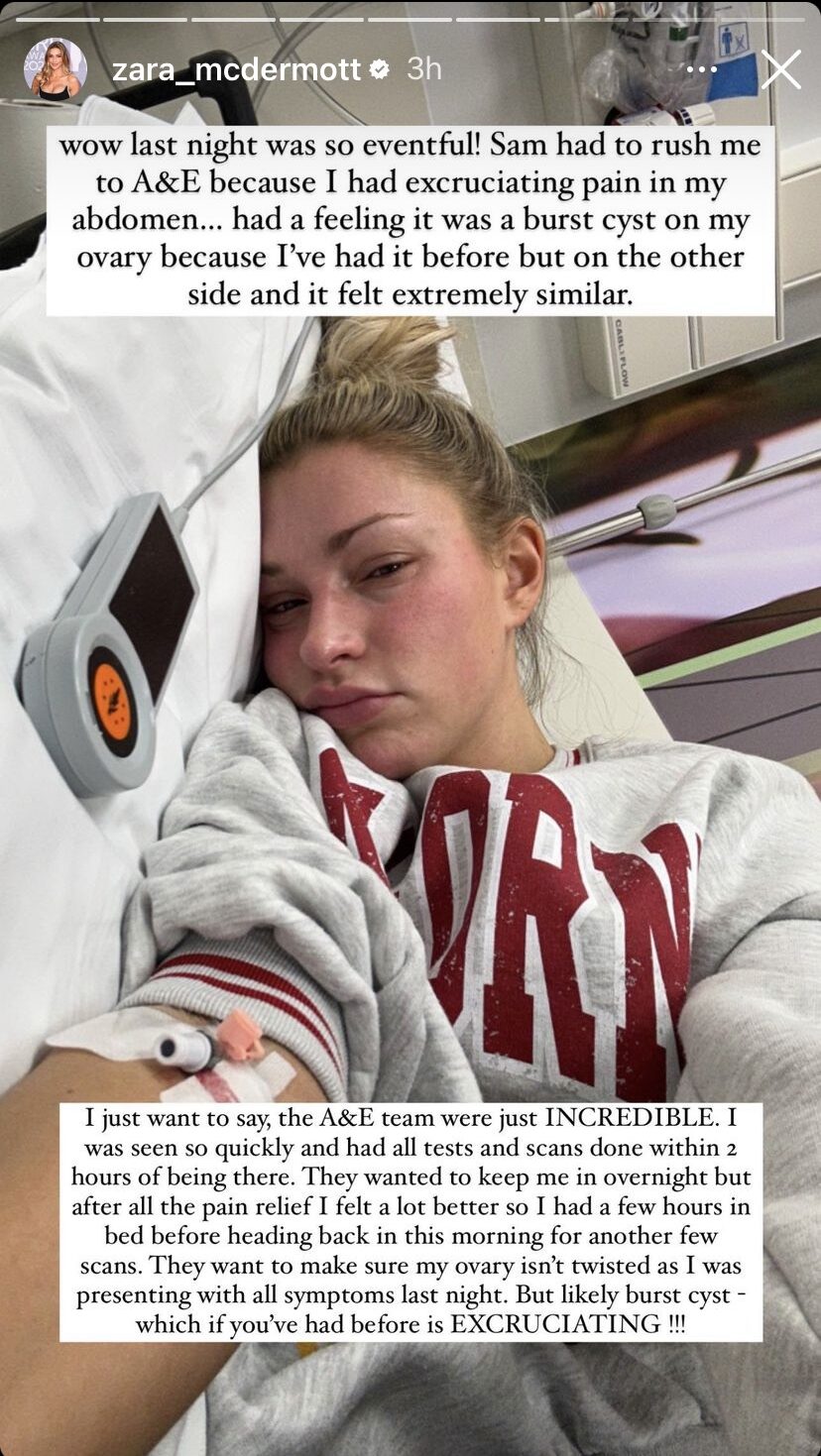 Zara continued: “Picked up my Xmas decoration order and going to spend the next few days finishing the tree.”

“Feeling so much better now I’m on some strong pain meds. Starting to feel hungry again as well!!”

“I need to take it easy though I have a habit of overdoing it.” 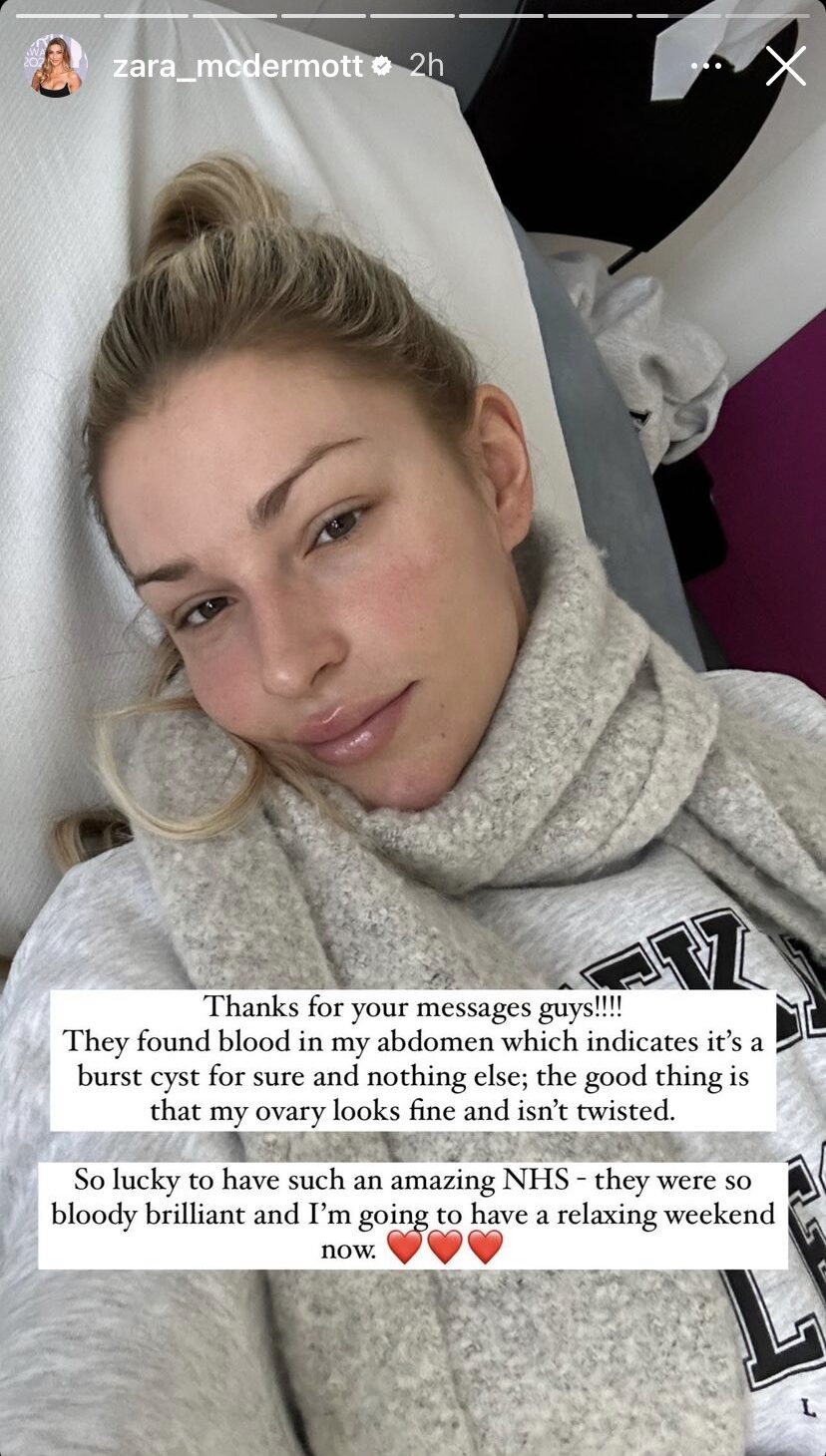