Kim Woodburn stormed off the set of Loose Women.

The ‘How clean is your house’ presenter appeared on the talk show this morning, where she met face to face with her former CBB housemate Coleen Nolan.

The pair had many heated moments in the Celebrity Big Brother house last year, and have yet to reconcile.

When she left the house Kim called Coleen a “two-faced maggot”.

Well, that escalated quickly… Kim Woodburn is now being looked after backstage by the team. pic.twitter.com/rFnA2ZXga4

Kim began her conversation with Coleen on the talk show and asked “You wanted me here, what have you got to say?”

She revealed that she didn’t feel entirely comfortable about coming on the show and told Coleen “I would never have come here – she’s supposed to want to speak to me.”

Kim called her out as being two-faced while on the show, to which Coleen responded “I think Kim’s right, I was two-faced with Kim in the house.”

Kim was very volatile in the house and Coleen revealed how she “couldn’t stand it [her] any more” by the end of the series, adding “If that makes me two-faced, then yeah, I guess I was two-faced.” 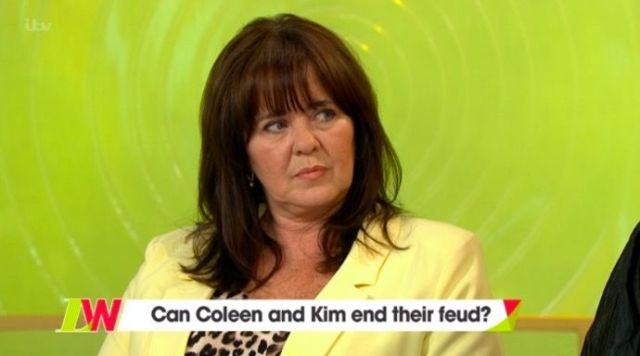 Before she stormed off the set Kim told the panel “I will never forget what the likes of [Coleen] and several others put me through! I’ll never forget it, never!”

“Don’t go by what you see on television! I lose my temper, but I’ve got a good heart and soul. She sits there, she’s as hard as nails!”

In the end, an upset Kim stormed out of the studio branding Coleen as “trash”, as the presenter cut to a commercial break. 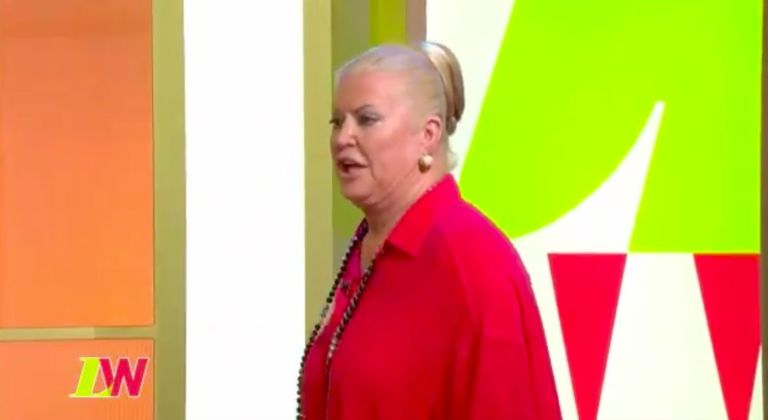