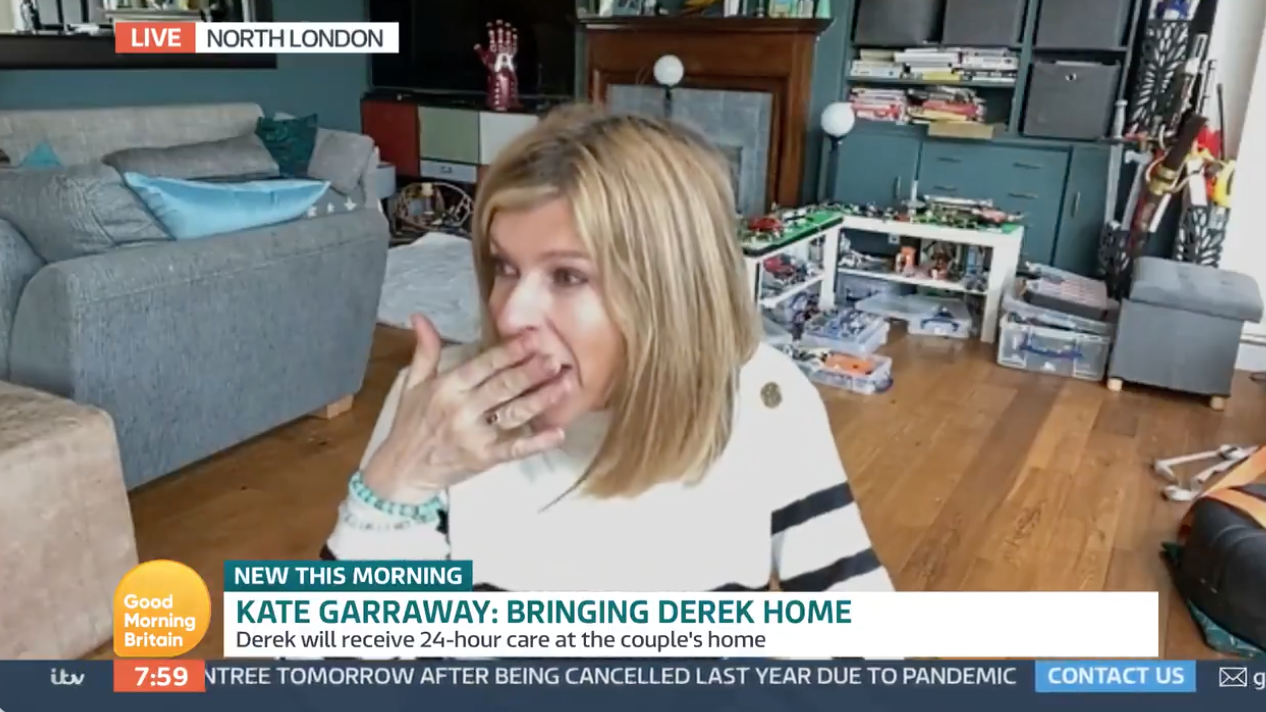 Kate Garraway has recalled the emotional moment her husband Derek Draper returned home, after spending over a year in hospital.

The 53-year-old was driven by ambulance to their North London home on Wednesday, where he will continue to receive round-the-clock care.

On Friday’s episode of Good Morning Britain, Kate revealed Derek burst into tears when he reunited with their two children – Darcey, 15, and Billy, 11.

Kate recalled: “When we came in the door and pulled up, I could see Darcey and Billy looking out the window and they ran out and ran to the door and he immediately burst into tears and there was a lot of hugging.”

“There have been so many lovely little moments – he can swallow a little bit now so I said ‘lets get you round the table for a little bit.'”

Speaking about setting the table for four people after spending over a year without Derek, Kate struggled to hold back tears.

“And Billy was like, ‘Have we got enough mash?’ I said, ‘Yes, I don’t think dad’s going to be eating that much,’ but he suddenly remembered dad’s old portions.” 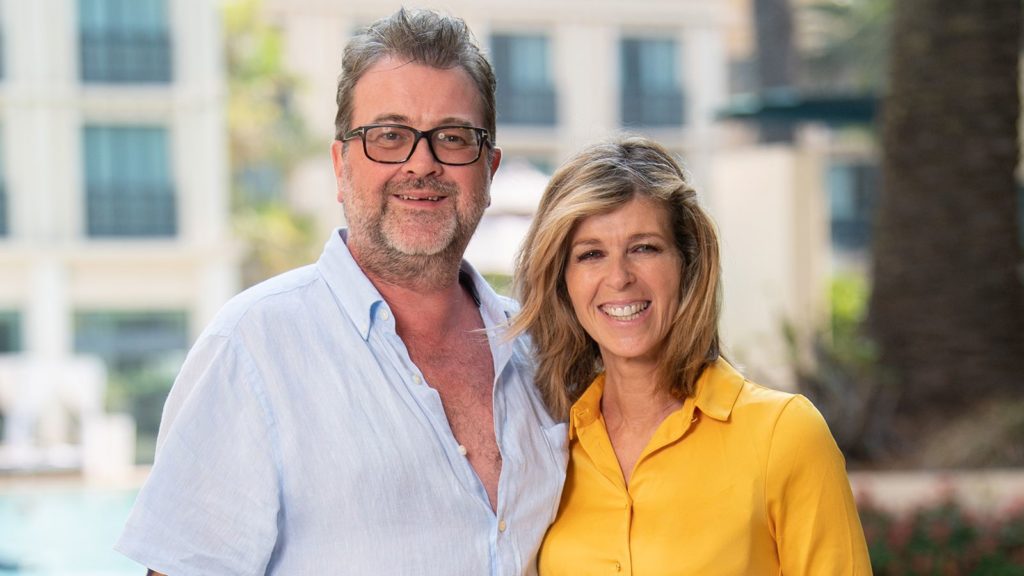 “We weren’t all sitting around the dinner table, we just constructed a version of it. It just feels like the start of a huge chapter, but a really big and important one.It’s such a silly little thing but it was just oh my goodness. It’s massive.”

Although Derek is now off hospital machines, he still needs round-the-clock care.

Kate explained: “He can’t really move, he needs a lot of help. It’s 24/7 care… I haven’t really slept as you can probably tell.”

“It’s a new team now helping him and working with him. It’s going to take a lot of adjustment. On top of the care side there’s also the therapeutic side. This isn’t just for us, but helping it will prompt some recovery.”

The former lobbyist, who is Britain’s longest surviving Covid patient, was admitted to hospital with breathing difficulties on March 30 last year.

The 53-year-old’s body was ravaged by the virus, and is still fighting issues with his lungs, heart, kidneys, liver and pancreas.