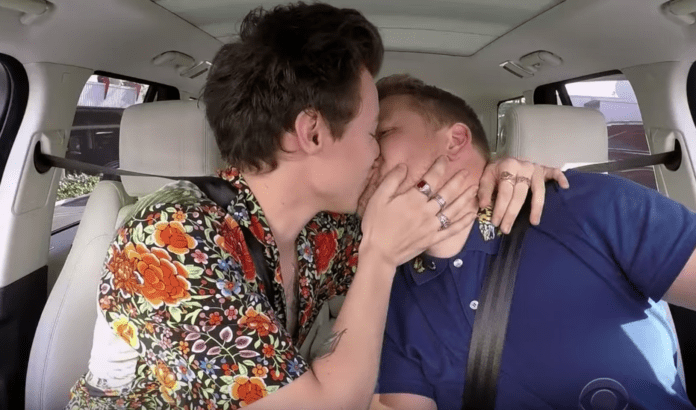 On the Christmas edition of Carpool Karaoke, two of our favourite a-list pals Harry Styles and James Corden locked lips for the camera.

In the festive clip, James was joined by a number of guests who joined him for Carpool Karaoke this year to sing ‘Santa Claus Is Comin’ To Town’ – and it looks like Harry and James got a little carried away.

James wrapped up the clip by wishing everyone a “Happy Christmas”, and when he said it to Harry, he leaned in and planted one on him.

Check it out here:

James and Harry recreated the time they kissed on the lips on Sky One’s A League Of Their Own four years ago – when One Direction appeared on the show.