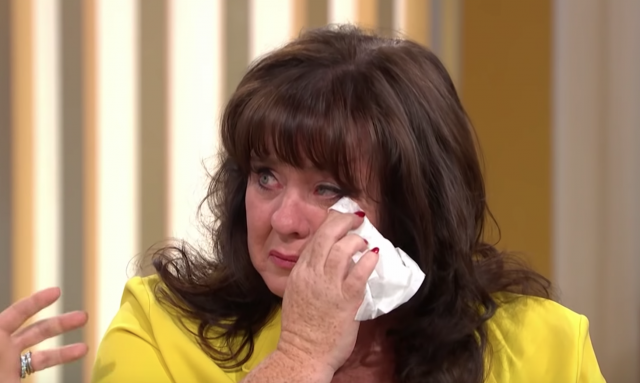 Coleen Nolan broke down in tears as she discussed her row with Kim Woodburn on ITV’s This Morning on Tuesday.

The Loose Women panellist was accused of “bullying” Kim during an explosive interview on the show last week, which led to 23,000 people signing a petition for ITV to fire her.

During a tearful appearance on This Morning, the 53-year-old has revealed that she’s received death threats following the controversy.

She said: “I honestly I don’t know what to say. If I could go back in time, I would change the whole thing. It was never meant to be like that, I thought Kim was coming on to make amends.”

“It didn’t go that way obviously from the moment she came out. It was genuinely shocking for the both of us. I didn’t want anyone to be distressed. It’s been the worst week of my life.”

Coleen then broke down and said, “I don’t know what I did wrong. I didn’t say anything in that interview because she needs help and I feel sorry for her.”

Coleen’s sister Bernie passed away from cancer in July 2013. 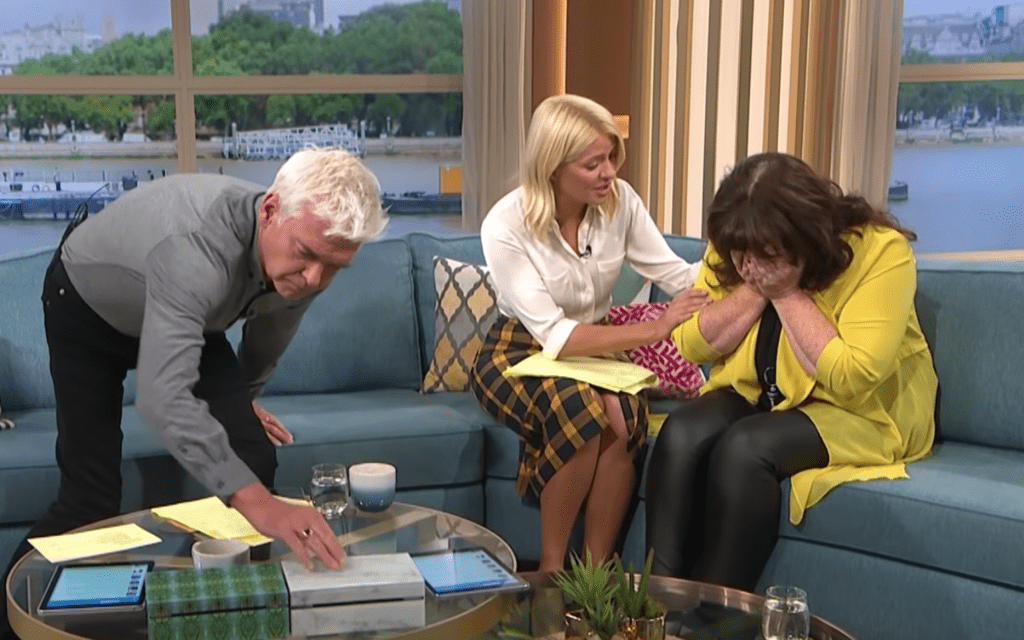 Coleen continued: “I’ve called my managers, my family saying I don’t want to do it anymore. I think I’m strong I’ve been in it years and I’ve dealt with trolls before.”

“I’ve had a week of it. I’m doing a job I really love to do and a campaign to get me fired. Its been a really hard week. I feel such an idiot [about crying].”

Finally apologising for the way she acted, she concluded, “I apologise to anyone who were offended by it. It’s been horrendous.”