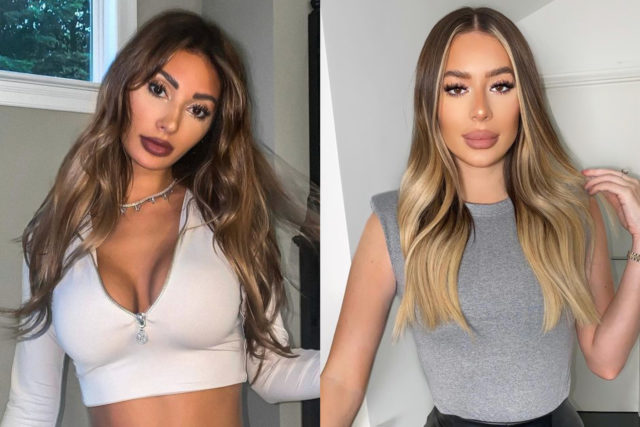 The reality star rose to fame following her stint on Netflix’s hit dating show Too Hot To Handle, where she found love with co-star Harry Jowsey.

Since splitting from Harry just months after the show aired, the 27-year-old has been linked to a host of famous faces, including Bella Thorne, Tana Mongeau, and Jersey Shore’s Vinny Guadagnino.

The Canadian has since been linked to TOWIE star Demi, with pair leaving flirty comments on each other’s recent Instagram posts.

Commenting on Demi’s most recent Instagram post, which sees her pose in a bikini, Francesca commented: “I think I’m in love 😍”. 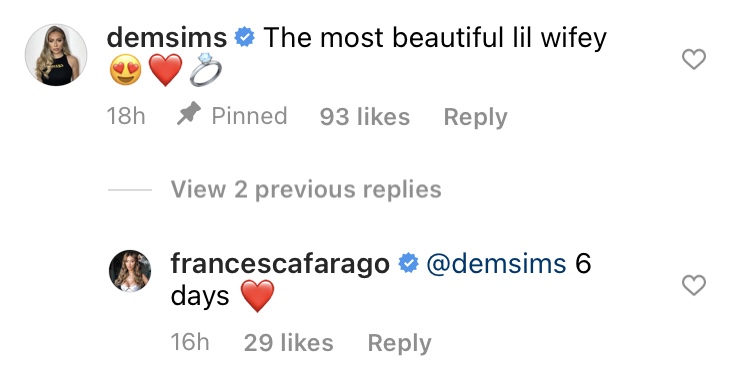 In another exchange, Francesca commented “counting down the days”, to which Demi replied: “me too 🙊 sooooo excited to see you❤️.”