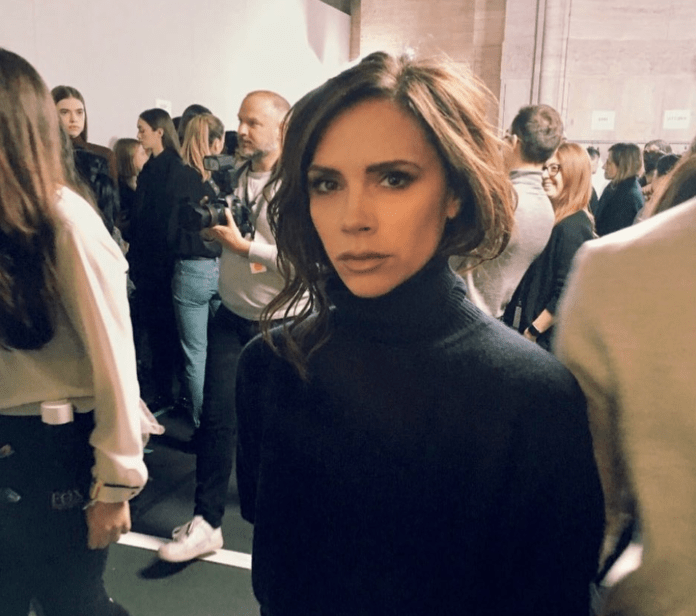 Victoria Beckham has slammed presenter Chris Evans for weighing her on live TV just months after she gave birth.

The Spice Girls star appeared on a 1999 episode of TFI Friday, two months after having her first child Brooklyn.

During the interview, the fashion mogul discussed her exercising regime and admitted her then-fiancé David Beckham didn’t help her, despite being a dedicated sportsman.

The Virgin presenter then asked the singer, “Is your weight back to normal, can I check?” as he pulled a weighing scales from beneath his desk.

Chris had Victoria step on the scales, and the Spice Girls star said “this is horrible” as he read out her exact weight to the live studio audience and people watching at home.

A video of the shocking interview recently resurfaced online, and now Victoria has commented on it.

During a new interview with Vogue Australia, the 48-year-old said: “I went on a TV show with Chris Evans many years ago and I’d just had Brooklyn and lost a lot of weight after.”

“It happened to my mum after her pregnancies. It doesn’t mean you have an eating disorder. And he made me stand on the scales to be weighed.”

“Can you imagine doing that nowadays?”

Speaking about the public’s obsession with her weight, Victoria revealed she has been branded both “too fat” and “too skinny” over the years.

“After I had Brooklyn, there was a picture pointing to every single part of my body where I had to focus on losing the weight from.”

Victoria’s comments come just weeks after she confessed she wants to ditch the “old-fashioned” desire to be “really thin”.

Victoria and David married in July 1999, four months after the birth of their son Brooklyn.