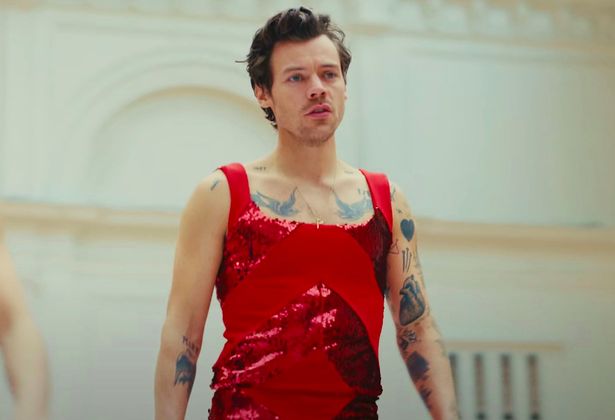 Harry Styles is set to take the lead in the new psychological thriller ‘Don’t Worry Darling’ which is due for release next month.

The singer will be joined by his on-screen wife Florence Pugh, while his off-screen girlfriend takes the helm as the director of the film.

In order to suit the fictional 1950s utopian community, the One Direction star needed to undergo a MAJOR transformation and cover his many tattoos.

It reportedly took three hours to completely conceal all of Harry’s 60 tattoos, which are scattered across his arms, legs and torso.

Make-up artists first needed to colour-correct the black tones in the tattoos with red pigment.

They were then covered with a green pigment to mask the red hues, and mattified with setting powder.

All of his tattoos were then covered with a cream foundation to completely mask their existence.

The film is due to premiere at the Venice Film Festival later this month, while its official release date is September 23.