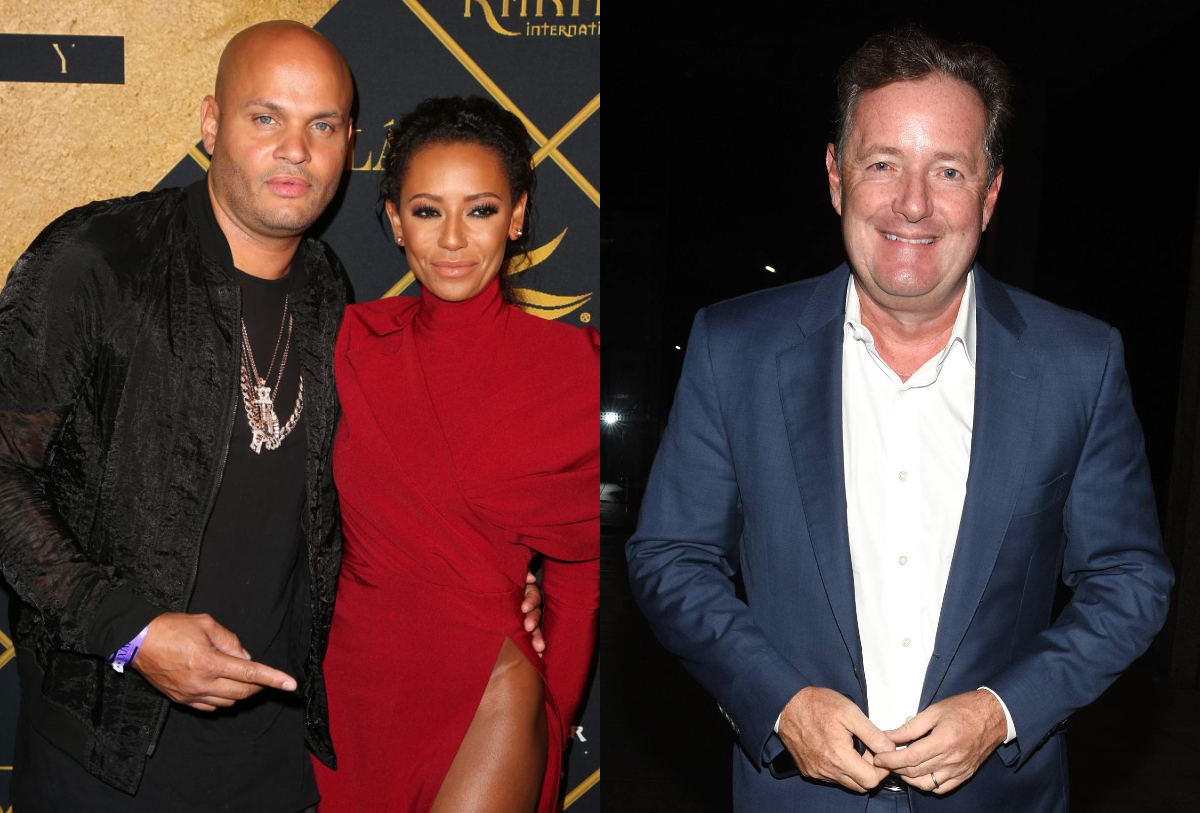 Mel B’s ex Stephen Belafonte has asked Piers Morgan to invite him on Good Morning Britain, to show “proof” that he didn’t hit her.

On Monday, the Spice Girl appeared on the ITV breakfast show, and opened up about being “tortured” by her ex-husband.

She read, “Mr Belafonte has told us there are new litigation plans and he will be answering the allegations in full, which he denies.”

Clearly irked, Mel said, “You shouldn’t do the right of reply. He shouldn’t have a platform to do a reply.”

Susanna’s co-host Piers then reassured Mel, “Unfortunately we had to do that, whether we wanted to or not. And I didn’t want to. I’m with you on this. Team Mel. Team Scary.”

After the interview aired on ITV, Mel’s ex Stephen tweeted Piers: “As a journalist you don’t think that I should have a platform to have a response to Melanie’s allegations with no proof because she is a celebrity?” 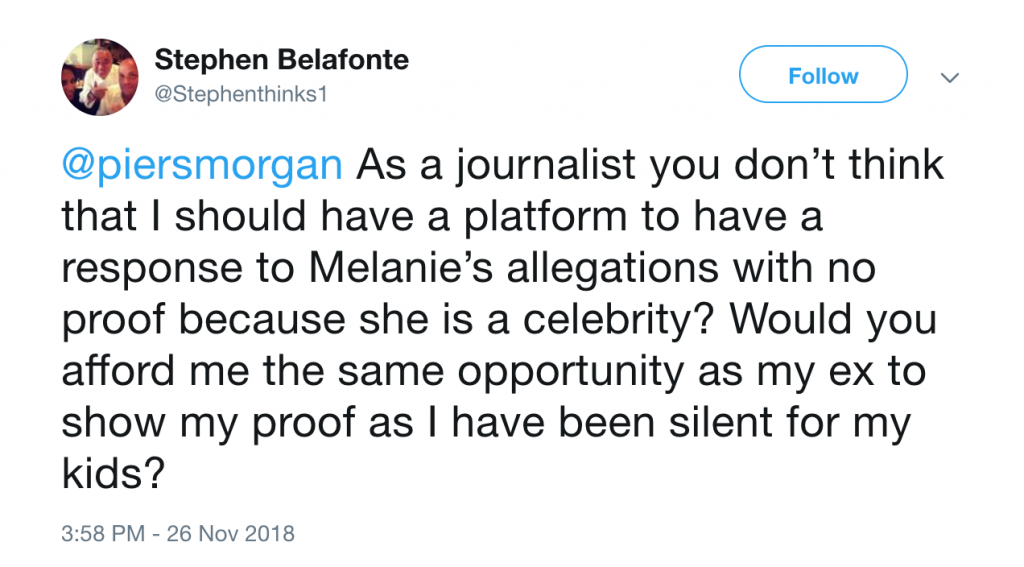 “Would you afford me the same opportunity as my ex to show my proof as I have been silent for my kids?”

After nearly ten years of marriage, Mel filed for divorce from Stephen in 2017, citing ‘irreconcilable differences’.