Stephanie Davis has revealed she was in the “worst pain” of her life, after testing positive for Covid-19.

The 28-year-old was rushed to hospital last week, after she woke up unable to move.

The former Hollyoaks star later tested positive for the virus, and she’s since updated fans on her condition.

Taking to her Instagram Story last night, Stephanie shared a photo of herself lying in her hospital bed.

She captioned the post: “After the worst pain I’ve ever been in, I’m getting there now, Love to you all.” 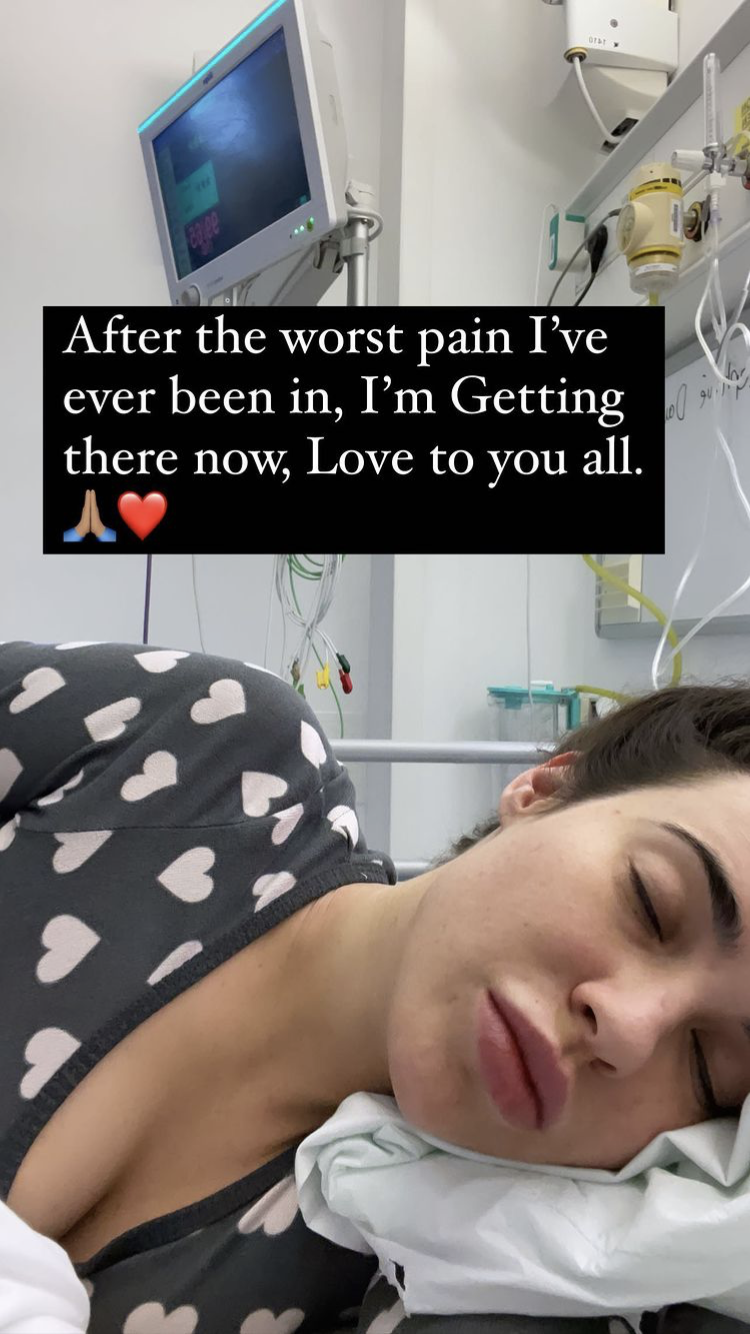 The mother-of-one, who is asthmatic, updated fans on her condition over the weekend, detailing the pain she was in.

She said: “I’ve not been well at all, I’ve just had some morphine and that’s really helped with the pain.”

“I don’t know what’s been going on but I’ve been getting severe pains in my oesophagus and in my chest and, it’s not indigestion because I’ve not ate anything.” 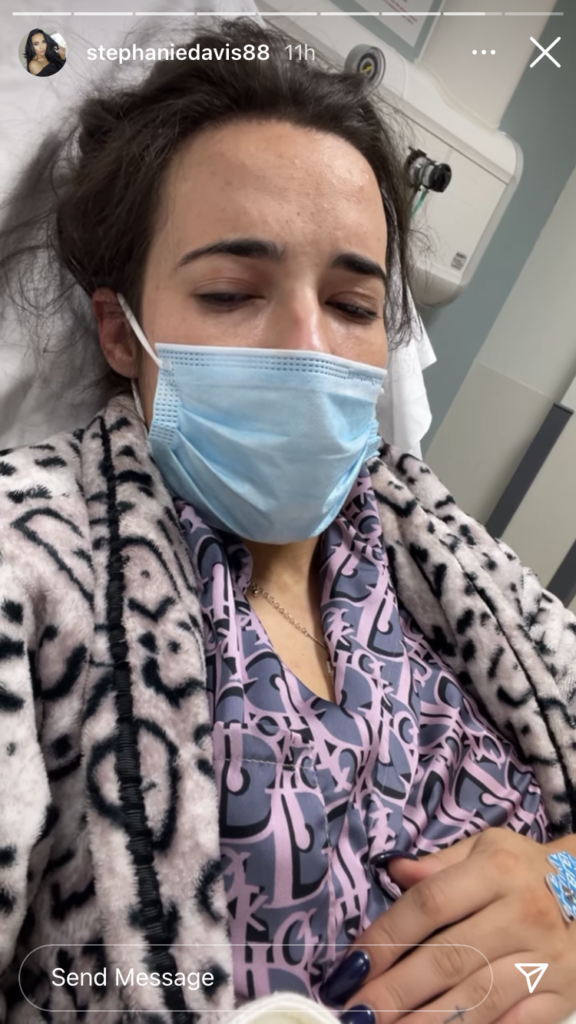 “Even when I have a sip of water the pain is unreal, I don’t know what’s going on,” she said.

“I’m feeling very spaced out on the morphine so I’m going to go back to sleep. It’s been horrific.”

“The pain in my skin was the worst, I couldn’t touch my skin and my chest is so bad, my oxygen levels aren’t great. I’ll get seen to in a bit when the doctors come round.”