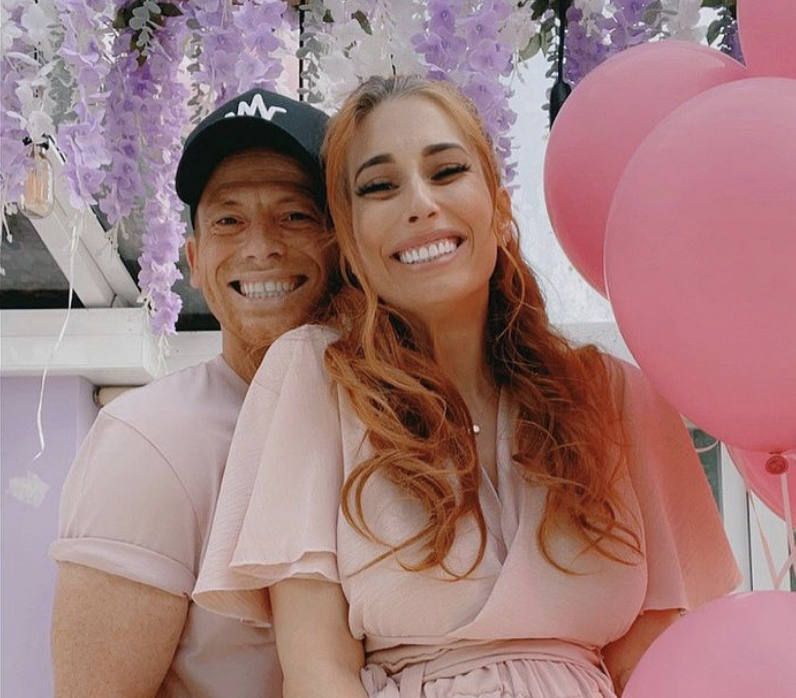 Stacey Solomon was left “fuming” on Monday, after her fiancé Joe Swash let her out in public with her knickers exposed.

In a hilarious video shared on her Instagram Story, the Loose Women star looked less than impressed as she showed off her completely see-through leggings.

The mother-of-four explained: “I’m actually fuming. A lovely lady came up to me in Costco (at the very end on our way out I might add) and said: ‘Your leggings are a little bit see-through.'” 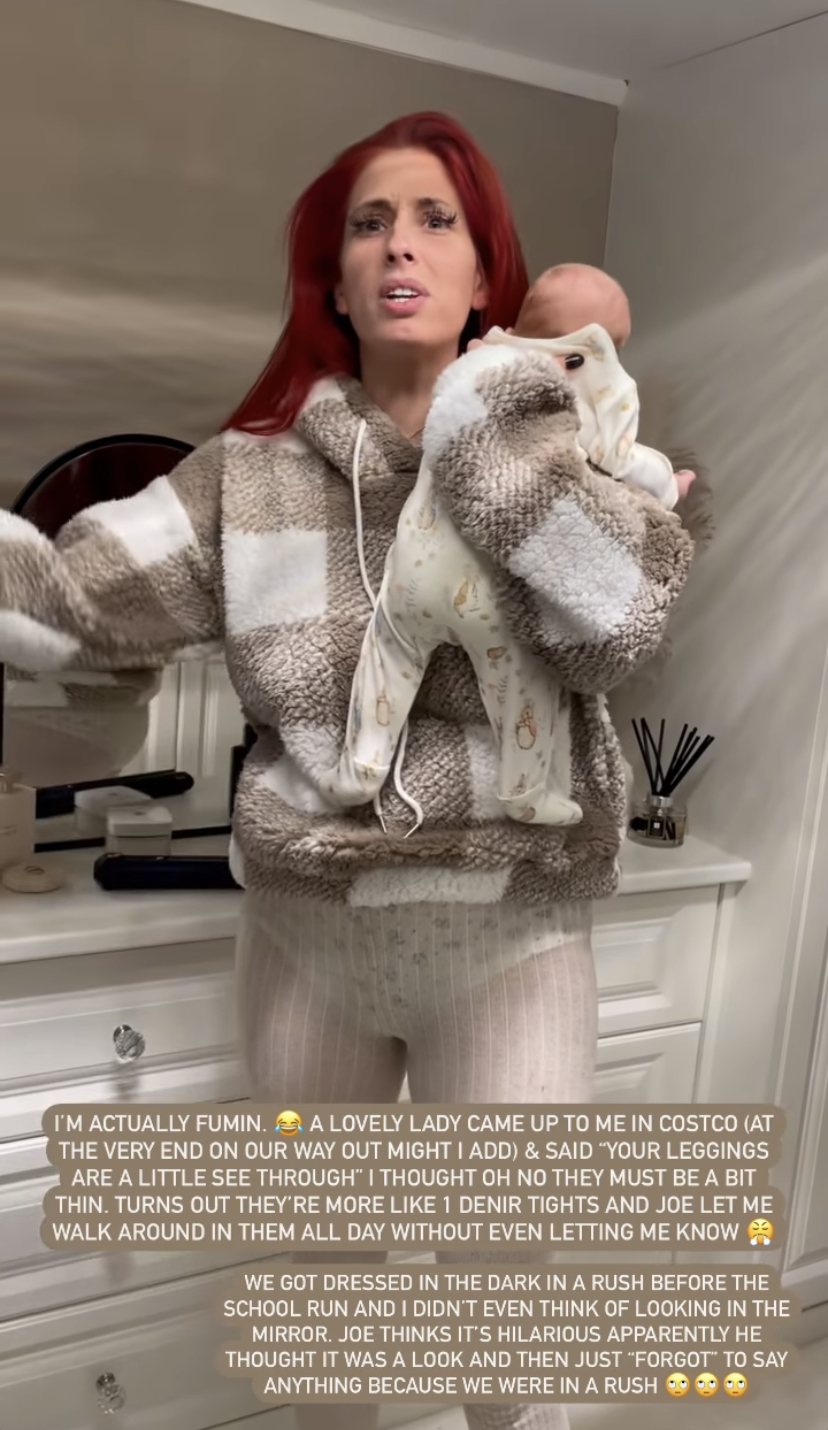 “I thought: ‘Oh no, they must be a bit thin’, turns out they’re more like one denier tights and Joe let me walk around them all day without even letting me know.”

Stacey continued: “We got dressed in the dark in a rush before the school run, and I didn’t even think of looking in the mirror.”

“Joe thinks it’s hilarious, apparently he thought it was a look and then just ‘forgot’ to say anything because we were in a rush.”

In the video, Joe tried to defend himself by saying: “You’re old enough to dress yourself, aren’t you?!” 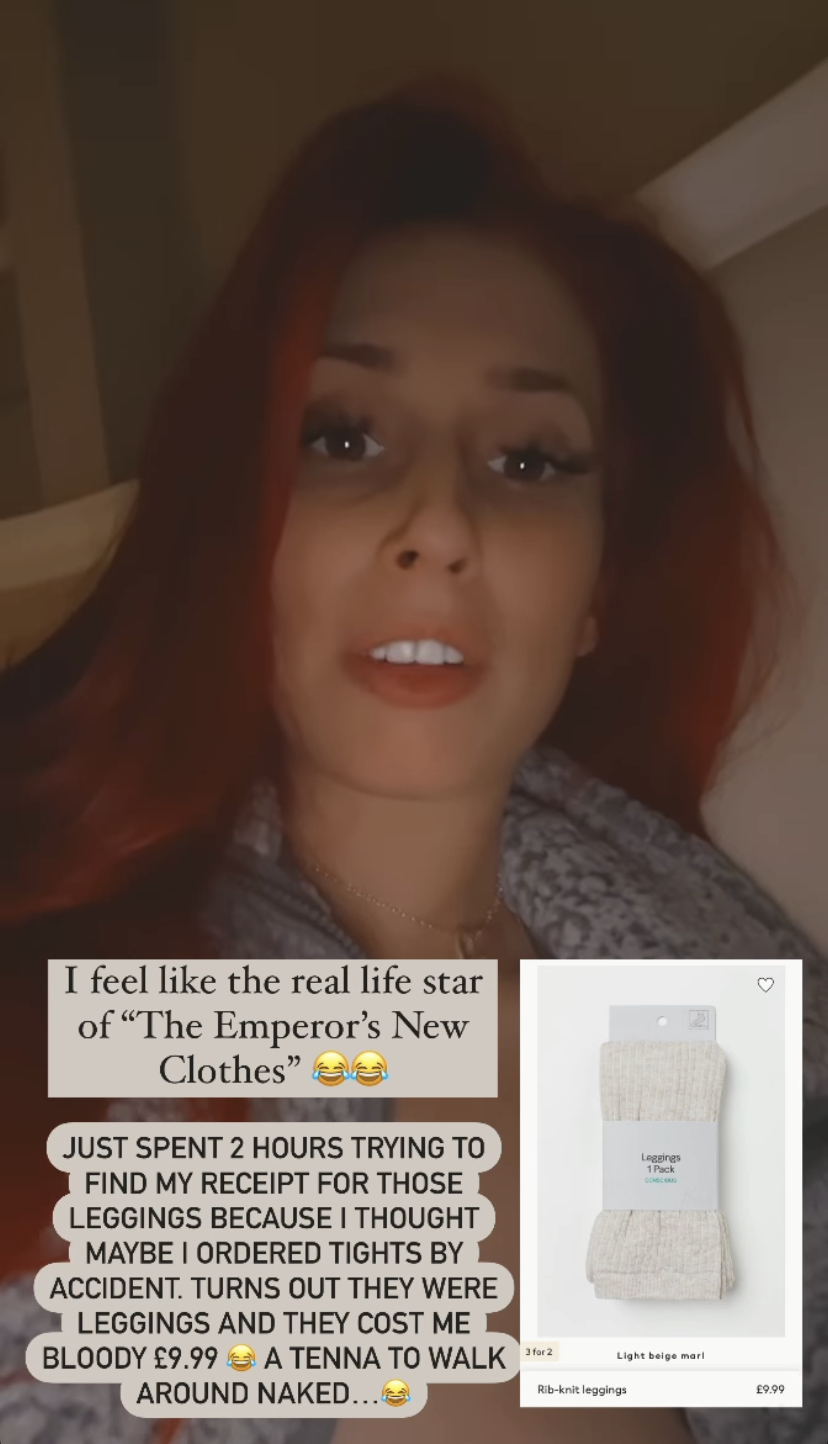 Sharing a photo of the leggings she bought from H&M, the 32-year-old added: “Just spent two hours trying to find my receipt for those leggings because I thought maybe I ordered tights by accident.”

“Turns out they were leggings and they cost me bloody £9.99 – a tenner to walk around naked…”

Concluding her hilarious posts, Stacey shared a snap of Joe with their two kids Rose and Rex. 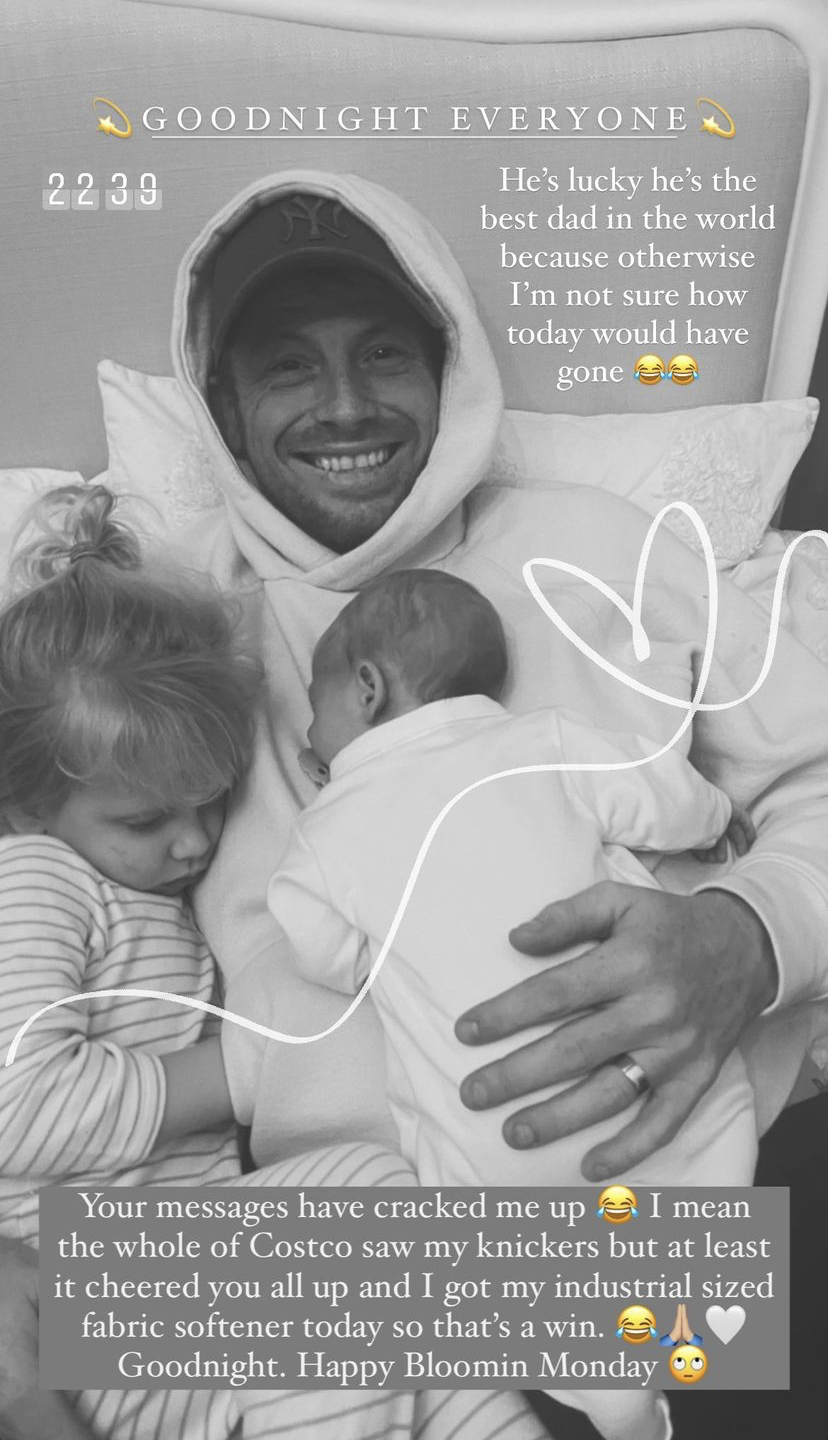 She captioned the post: “He’s lucky he’s the best dad in the world because otherwise I’m not sure how today would have gone.”

“Your messages have cracked me up. I mean, the whole of Costco saw my knickers but at least it cheered you all up.”