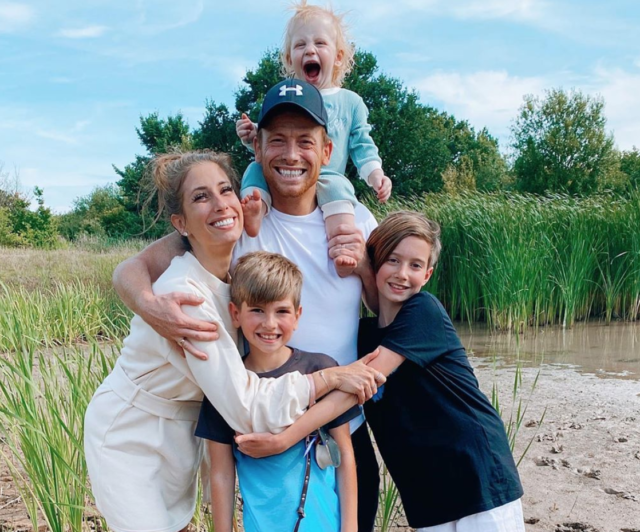 Stacey Solomon has hit back at an online troll, after they criticised her for having three children who have different fathers.

The 31-year-old had her eldest child Zachary, now 12, with her teen boyfriend Dean Cox, before she welcomed Leighton, now 8, with her ex Aaron Barham.

The Loose Women star is also mum to Rex, 19 months, who she shares with her fiancé Joe Swash.

Taking to Instagram today, Stacey shared a screenshot of a nasty message she received from an online troll.

The message read: “It must be very sad having three different dads for your boys. Always apart. Oh well I suppose you are happy about it.”

Stacey replied: “Woah there Wilma! It’s far too early for that kind of judgement!”

The TV personality also wrote: “Never let anyone make you feel like you’re not good enough just because things just happen to work out differently from the ‘norm’.

“Keep doing you the best way you know how. Unconditional Love from anywhere in different shapes, & sizes, is all they’ll ever need.”

The news comes after Stacey recently announced her engagement to Joe Swash, after four years together.

The former EastEnders star proposed to Stacey on Christmas Eve, during a family walk in their local woods.