Stacey Solomon has apologised to disappointed fans, after her new clothing range nearly sold out.

The 31-year-old released her first collection with In The Style on Tuesday, and admitted she was overwhelmed by the support.

Taking to her Instagram Stories following the launch, the Loose Women panelist said: “I need to come on here to say, thank you so much for today.”

“I just got off the phone to the In The Style people and they just said the response has been phenomenal and you’ve all been so nice. I’m so grateful for you lot, I’m so glad that you loved it.” 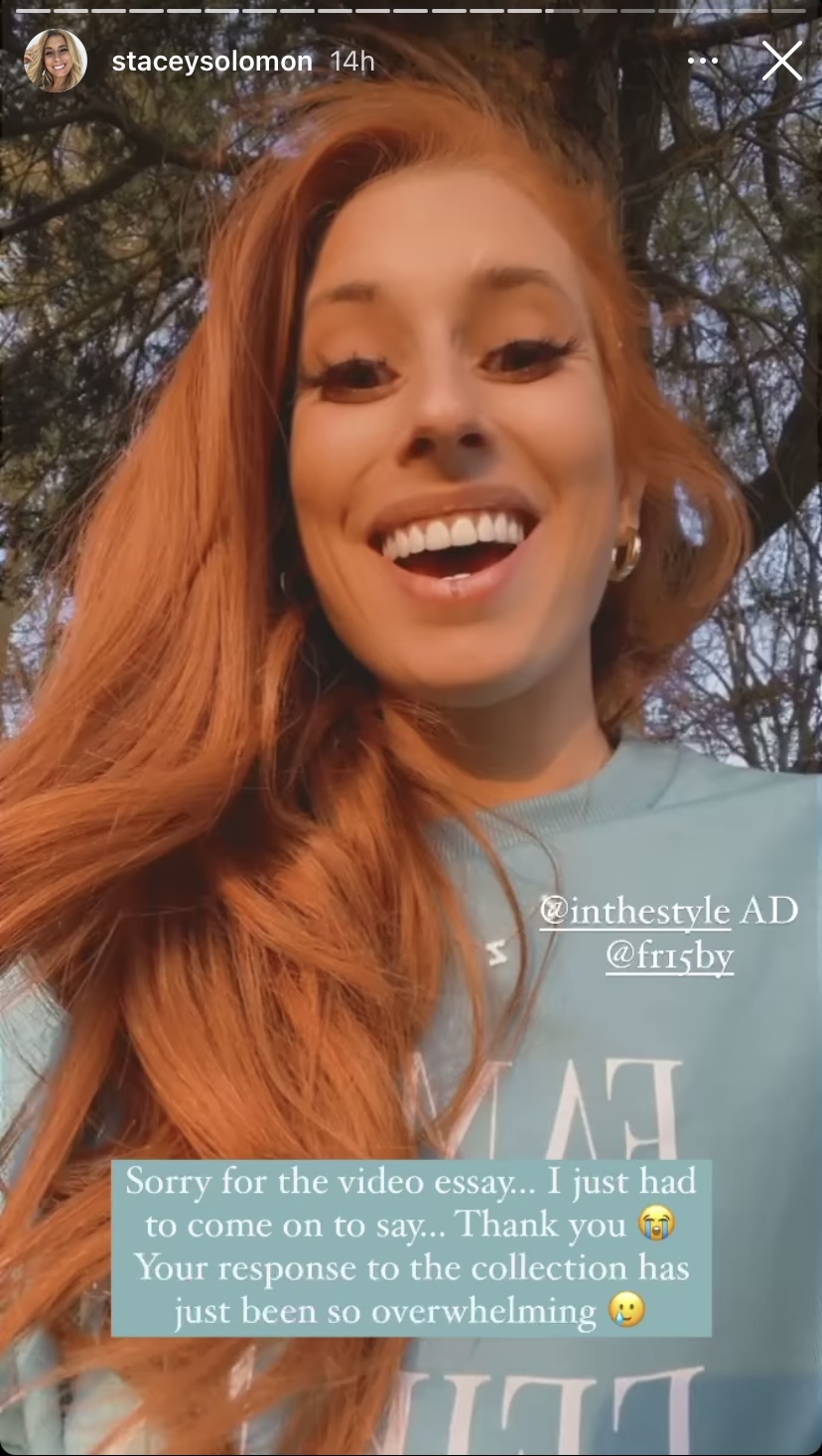 “I just want to apologise to anybody who didn’t have the chance to get what they wanted,” the former X Factor star added.

“Adam took a huge risk ordering a huge amount of stock because we both agreed we didn’t want it to sell out really quickly because we wanted people to get a proper chance at having what they wanted.”

“We are working out which ones you need restocked and we’ll get them back up as quickly as we can, Stacey assured fans. 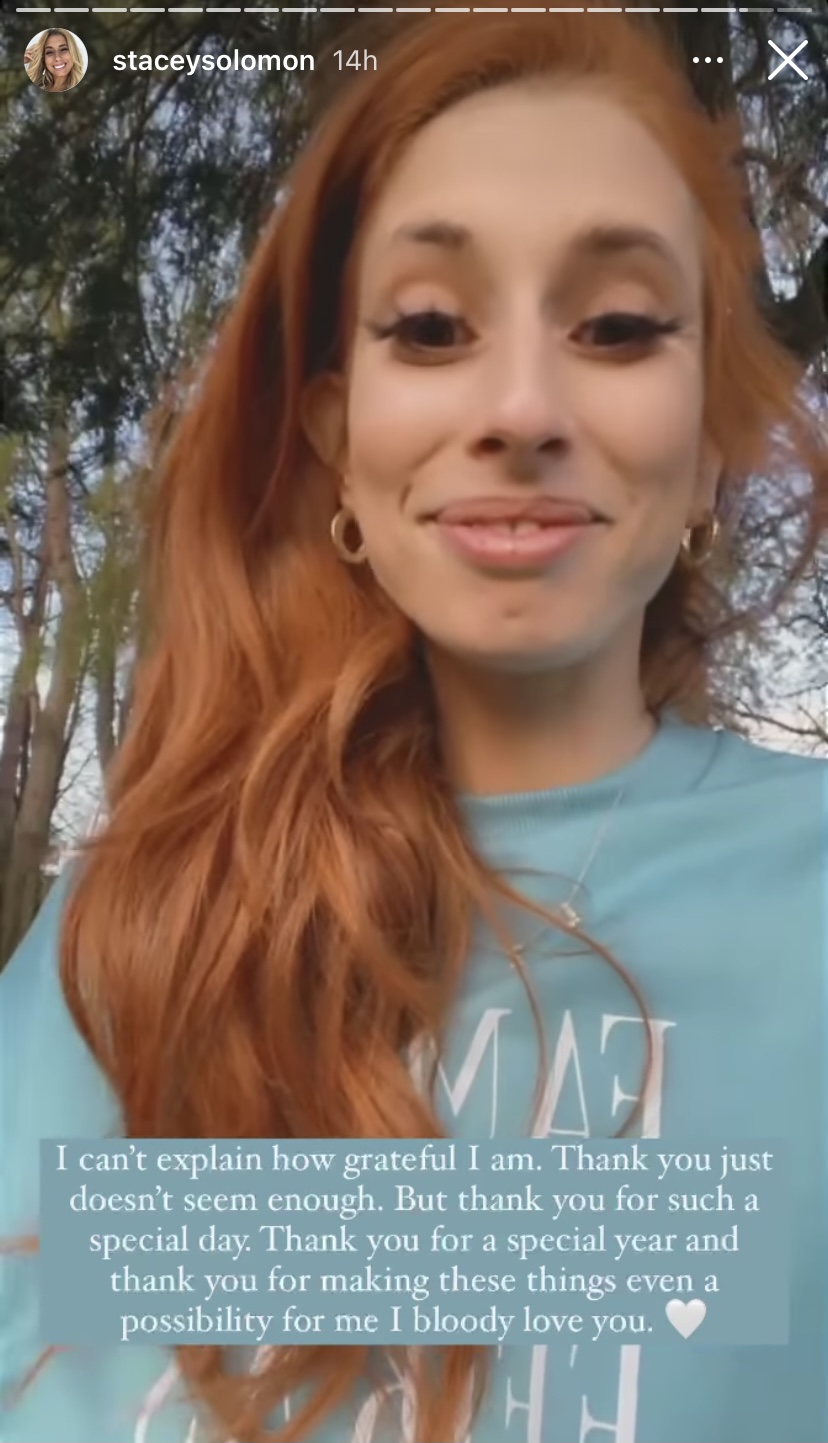 “I can’t explain how grateful I am. Thank you just doesn’t seem enough. But thank you for such a special day.”

“Thank you for a special year and thank you for making these things even a possibility for me I bloody love you,” she added.

The price range for her collection ranges from between £10 to £45. 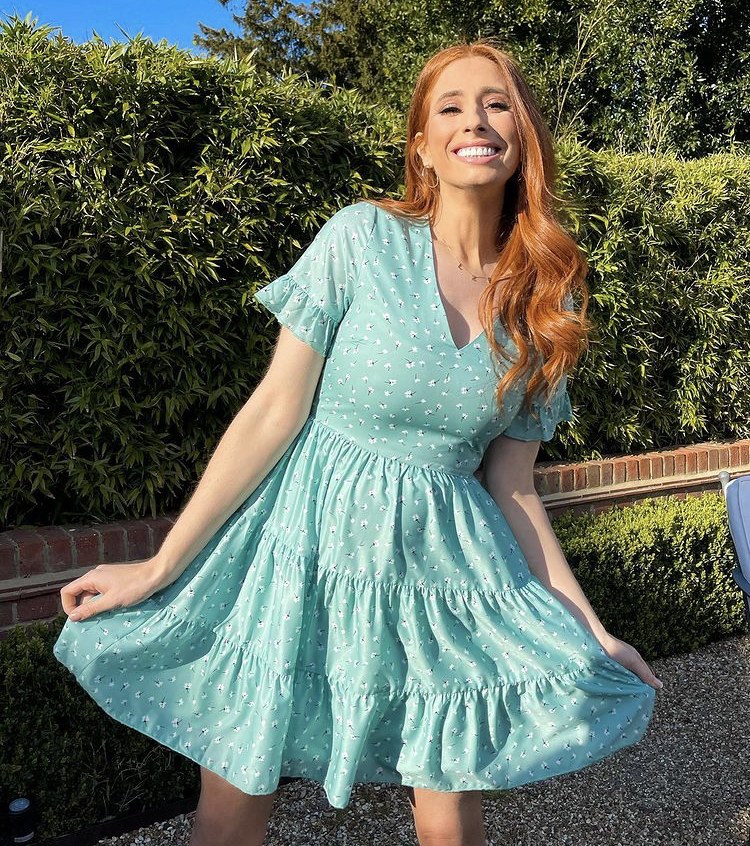