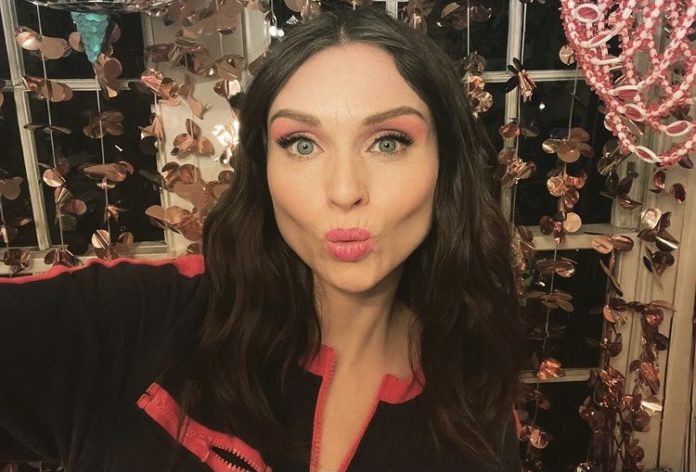 Sophie Ellis Bextor has revealed she was raped when she was 17-years-old.

The singer opened up about the incident for the first time publicly in her new autobiography Spinning Plates, which has been serialised in the Mail on Sunday.

The now 42-year-old recalled being at an afterparty after recording her first demos with her band when she began chatting to a 29-year-old guitarist.

She wrote: “I mentioned I was doing A-level history and he said: ‘I did history. Would you like to come back to my flat and see my history books?’ Probably the lamest chat-up line in the world, but I went in a taxi with him back to his flat.”

“Let’s call him Jim, shall we? Once back at the flat, Jim actually did show me his history books. I found myself putting one about Napoleon III in my bag. I kept it for a while afterwards, but seeing it always made me feel sad and used.”

“You see, Jim and I started kissing and before I knew it we were on his bed and he took off my knickers. I heard myself saying ‘No’ and ‘I don’t want to’, but it didn’t make any difference.”

“He didn’t listen to me and he had sex with me and I felt so ashamed. It was how I lost my virginity and I felt stupid. I remember staring at Jim’s bookcases and thinking: I just have to let this happen now.”

Sophie continued: “After it was over, I lay on the bed feeling odd, trying to process what had just happened. He fell asleep and I slept, too, not really knowing how to get myself home in the middle of the night.”

“I woke up after a short while and I can remember angrily picking up my clothes from the floor while saying to myself, ‘I said no’. I went and sat in his kitchen, watching TV, feeling dazed.”

“On the way home I wondered if everyone else on the Tube could tell what had happened to me. I felt grubby, but also unsure about my own feelings as I had no other experience to compare it with.”

“At the time, the way rape was talked about wasn’t to do with consent – it was something you associated with aggression. But no one had pinned me down or shouted at me to make me comply, so why should I feel so violated?”

Sophie said that when she began writing her book, this was the story she wrote first because she wanted to “give herself a voice”.

She wrote: “My experience was not violent. All that happened was I wasn’t listened to. Of the two people there, one said yes, the other said no, and the yes person did it anyway.”

“The older I’ve become, the more stark that 29-year-old man ignoring 17-year-old me has seemed.”

The songstress said she wanted to “encourage anyone to realise where the line between right and wrong lies”.

Sophie continued: “I’m a mother of five young men now, and I introduce the concept of consent pretty early.  I want to raise considerate, kind people who can take other people’s feelings into account.”

“I want them to actively want the other person to be happy, too, rather than just stopping because they have to.”

If you have been affected by anything in this article, please visit www.rapecrisishelp.ie or call the 24 Hour Helpline on 1800 778888.