Simon Cowell has rubbished claims his longterm girlfriend Lauren Silverman accused him of having an affair with Mel B.

The Sun has reported that Lauren furiously confronted Simon about his relationship with Mel in a series of angry messages.

However, a source close to the couple has since branded the story “utterly ridiculous”.

The insider told MailOnline: “Clearly this story is utterly ridiculous and completely pointless – because there was no affair.”

“Simon and Lauren are very happy together as a couple. They have been in lockdown together in LA for more than six weeks now,” the source added.

Simon and Mel have worked together a number of times over the past few years, both appearing on the judging panels for The X Factor in 2014, and America’s Got Talent in 2016.

The news comes after Amanda Holden’s eight-year-old daughter Hollie accidentally sparked rumours that Simon and Lauren were broken up.

During an Instagram Live, the 49-year-old was recalling the moment she played her NHS charity single to Simon at his house, when Amanda’s daughter Hollie questioned whether Simon and Lauren are still together.

Amanda said: “I did play the album to Simon because Simon was very kind and he invited me to come and sing on Britain’s Got Talent live shows, which I still will do whenever that is…”

“But I thought I’ll take it round and have a cup of tea and see what he thinks, I don’t know why I did that – it was one of the most nerve-wracking things I have ever done in my whole of my life. It was like the opening night of a West End show.”

“I was sat in his lounge; I had some lovely homemade biscuits from Geoff the chef. I don’t think they have a chef in lockdown,” she continued. 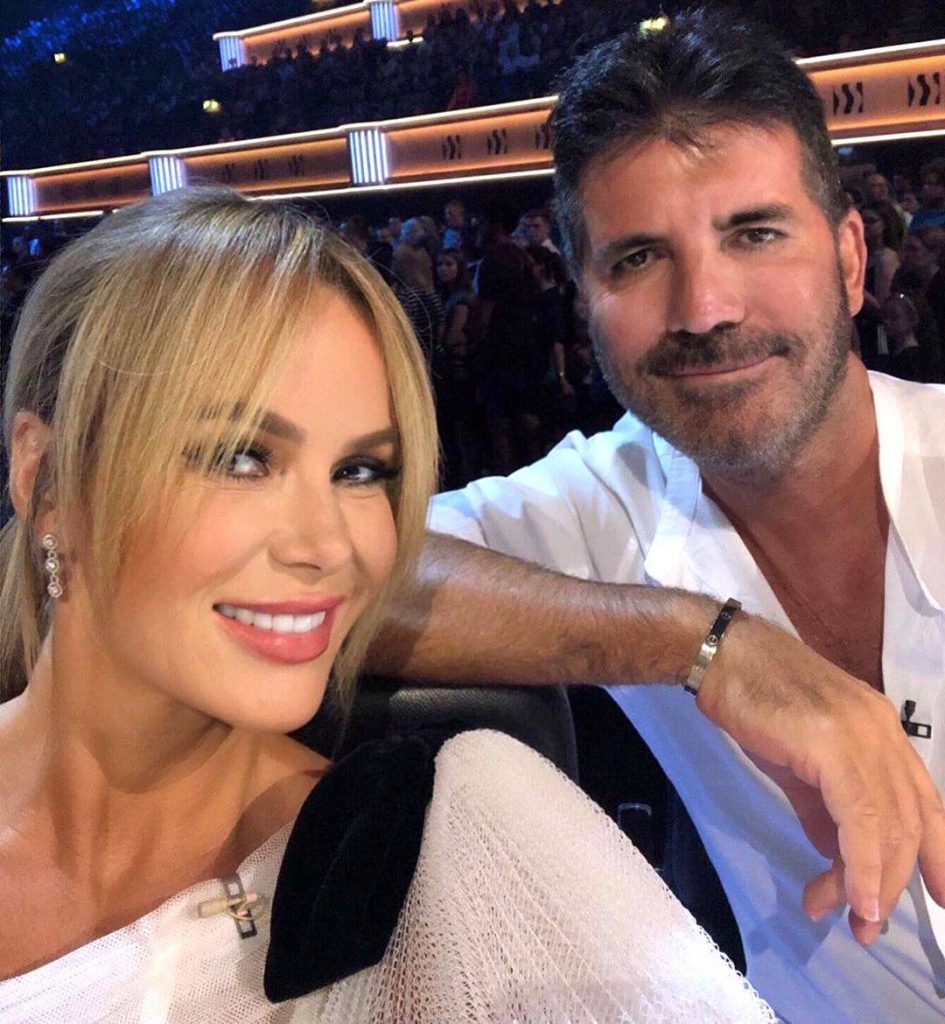 “In fact, lovely Lauren, Simon’s girlfriend, sent me some lovely pictures of them cooking the other day. Simon’s quite good at cooking, I think.”

Hollie then interrupted and said: “I thought they broke up?!”

Looking slightly panicked, the Britain’s Got Talent judge said, “Don’t be stupid!” and appeared to nudge her daughter.

In response to Amanda’s Instagram Live, a spokesman for Simon told MailOnline: “Simon and Lauren are very much still together and are in lockdown together in California.”

The couple are currently isolating with their six-year-old son Eric, and Lauren’s teenage son Adam.