Shaughna Phillips has hit back at claims she edited her recent bikini photo.

The 25-year-old, who rose to fame on the winter edition of Love Island, appeared on the dating show’s spinoff Aftersun last week.

After posting a snap of her in a bikini, one fan noted that she looked “a bit different” in the photo than she did on TV.

The fan wrote: “What size are u now u look so good on these pics on love island after sun u did look abit different with your weight I’m not judging I’ve just saw people say your editing your pics?”

Shaughna replied: “Honestly I saw aftersun the next day and wanted to scream. I was wearing a ruched dress that is fab for standing or dancing but sitting down not so good.” 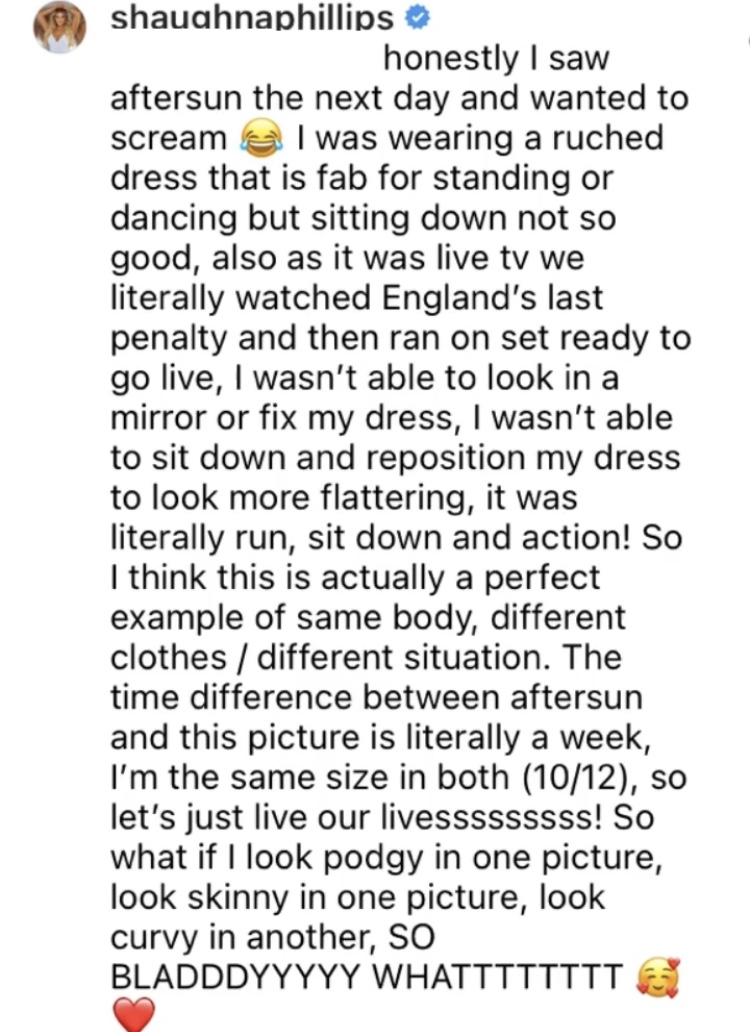 “So I think this is actually a perfect example of same body, different clothes / different situation. The time difference between aftersun and this picture is literally a week, I’m the same size in both (10/12), so let’s just live our livesssssssss!”