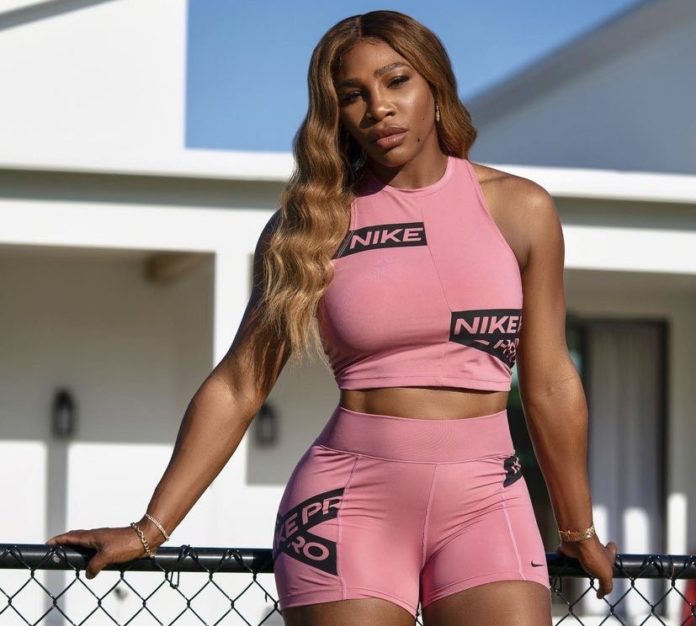 Serena Williams has announced her retirement from tennis.

The 40-year-old shared the news in the latest issue of Vogue, revealing she hopes to grow her family.

The 23-time Grand Slam champion wrote: “Believe me, I never wanted to have to choose between tennis and a family. I don’t think it’s fair.”

“If I were a guy, I wouldn’t be writing this because I’d be out there playing and winning while my wife was doing the physical labor of expanding our family.”

In Vogue’s September issue, @serenawilliams prepares to say farewell to tennis on her own terms and in her own words. “It’s the hardest thing that I could ever imagine,” she says. “I don’t want it to be over, but at the same time I’m ready for what’s next” https://t.co/6Zr0UXVTH1 pic.twitter.com/YtGtcc18a9

She continued: “I have never liked the word retirement. It doesn’t feel like a modern word to me. I’ve been thinking of this as a transition, but I want to be sensitive about how I use that word, which means something very specific and important to a community of people.”

“Maybe the best word to describe what I’m up to is evolution. I’m here to tell you that I’m evolving away from tennis, toward other things that are important to me. A few years ago I quietly started Serena Ventures, a venture capital firm. Soon after that, I started a family. I want to grow that family.”

“But I’ve been reluctant to admit to myself or anyone else that I have to move on from playing tennis. Alexis, my husband, and I have hardly talked about it; it’s like a taboo topic.”

“I can’t even have this conversation with my mom and dad. It’s like it’s not real until you say it out loud. It comes up, I get an uncomfortable lump in my throat, and I start to cry. The only person I’ve really gone there with is my therapist!”

The mother-of-one wrote: “One thing I’m not going to do is sugarcoat this. I know that a lot of people are excited about and look forward to retiring, and I really wish I felt that way.”

“Ashleigh Barty was number one in the world when she left the sport this March, and I believe she really felt ready to move on. Caroline Wozniacki, who is one of my best friends, felt a sense of relief when she retired in 2020.”

“Praise to these people, but I’m going to be honest. There is no happiness in this topic for me. I know it’s not the usual thing to say, but I feel a great deal of pain. It’s the hardest thing that I could ever imagine. I hate it. I hate that I have to be at this crossroads.”

“I keep saying to myself, I wish it could be easy for me, but it’s not. I’m torn: I don’t want it to be over, but at the same time I’m ready for what’s next. I don’t know how I’m going to be able to look at this magazine when it comes out, knowing that this is it, the end of a story that started in Compton, California, with a little Black girl who just wanted to play tennis.”

Serena went on to say: “This sport has given me so much. I love to win. I love the battle. I love to entertain. I’m not sure every player sees it that way, but I love the performance aspect of it—to be able to entertain people week after week.”

“My whole life, up to now, has been tennis. My dad says I first picked up a racket when I was three, but I think it was even earlier. There’s a picture of Venus pushing me in a stroller on a tennis court, and I couldn’t have been more than 18 months.”

“These days, if I have to choose between building my tennis résumé and building my family, I choose the latter.”

“I’m terrible at goodbyes, the world’s worst. But please know that I am more grateful for you than I can ever express in words. You have carried me to so many wins and so many trophies. I’m going to miss that version of me, that girl who played tennis. And I’m going to miss you.”