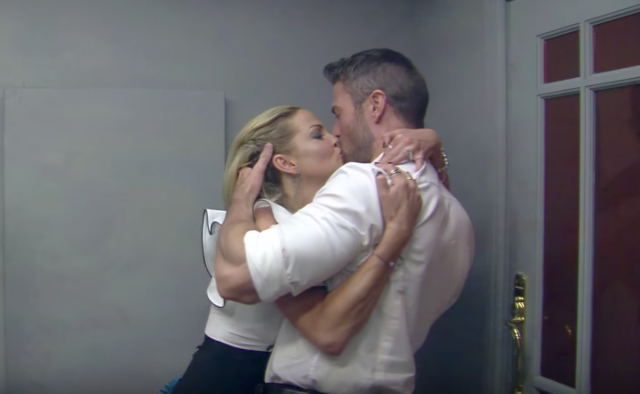 Sarah Harding has insisted that she has “no regrets” about cheating on her boyfriend with Chad Johnson inside the Celebrity Big Brother house.

The 35-year-old CBB winner enjoyed a raunchy affair with The Bachelorette star, despite being in a relationship with Aaron Lacey outside of the house.

Speaking to the Daily Star on Sunday, Sarah said, “At the end of the day I was in a very brief relationship before I went into the house. It was a matter of weeks, so it wasn’t very serious.

“Every day in the house is like a week and Chad became a good friend to me and we got close. It felt like we’d known each other for six months. So I had to weigh up the options. And you can’t compare what me and Chad had to dating someone briefly.”

“It was a very careful consideration. It was a long process. It wasn’t taken lightly, I’m not that kind of person. I was in a very unfortunate situation where I wasn’t in a position to deal with it properly.”

“I never regret. I don’t like to look back on my life and have regrets. I don’t look back in hindsight. It’s too late. In life the only thing you can do is learn from your mistakes and maybe next time approach it differently.”

The former Girls Aloud star has been notoriously unlucky in love over the years, but the biggest blow was her failed engagement to DJ Tom Crane.

However, Sarah is convinced that her relationship with Chad will go the distance, and said that she could “definitely” see them getting married one day.

No regrets: Sarah cheated on her boyfriend with Chad Johnson inside the CBB house | CHANNEL 5

“We were like a married couple in there. He is someone I see myself having a future with. I know everyone thinks getting together in the Big Brother house is clichéd. I’m not that naïve that I don’t recognise that.

“It was a long time before we started having feelings for each other. But to be honest we’ve been each other’s rocks. Now we’re getting used to real life. We’ve got a lot of time ahead of us to spend together.”

Sarah also spoke about being ‘victimised’ by other contestants in the house, and said that it reminded her of being in Girls Aloud – when Cheryl, Nicola Roberts and Kimberley Walsh used to isolate her and bandmate Nadine Coyle,

“In the house me and Chad just did our own thing. That’s kind of how it was in the band with me and Nadine. We were very much independent,” she added.