Samantha Markle has accused Meghan’s mother Doria Ragland of “cashing in” on the royal wedding.

Meghan’s estranged half sister has criticised the Duchess’ mother for speaking to Oprah Winfrey at the wedding.

Her dig at Doria Ragland comes 48 hours after Meghan’s mother was universally praised for her composure at the royal wedding.

Meghan’s half-sister, 53, took to social media to accuse Doria of selling photos of the new Duchess of Sussex, and also being paid to do an exclusive interview with Oprah Winfrey, who also attended the wedding. 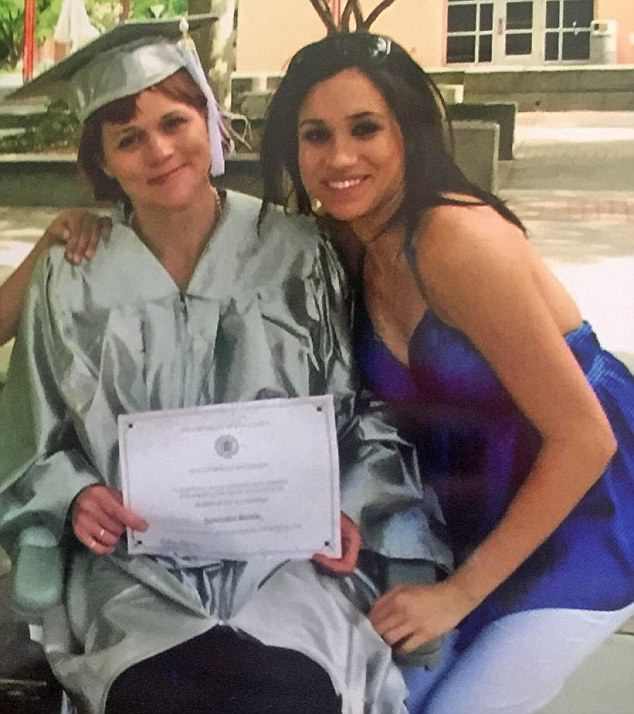 Samantha publicly outed her former step mother on Twitter, writing, “Even Doria cashed in talking to Oprah and some of the first photos out there only she could have had.”

Samantha, who recently changed her surname from Grant to Markle, has been vocal about her sister since her engagement was announced, at one stage calling her a “shallow social climber”.

Samantha regularly tweets about her half sister, and shares intimate photos of the two growing up.

Doria Ragland is set to be interviewed by Oprah Winfrey within the next few weeks.

A royal source told the Daily Mail that, “The plan is for Doria to film part of her interview while Oprah is in London.”

“That’s why she was invited to the wedding. There’s huge secrecy about what the interview will involve and when it will air.”

Meanwhile, reports from the Daily Mail claim that Samantha Markle was paid a five figure sum to watch the Royal Wedding with a film crew.

The bride has arrived! 💍 #MeghanMarkle and mom #DoriaRagland walk into the hotel where they will spend the night before the royal wedding. |📷: Steve Parsons/PA Wire