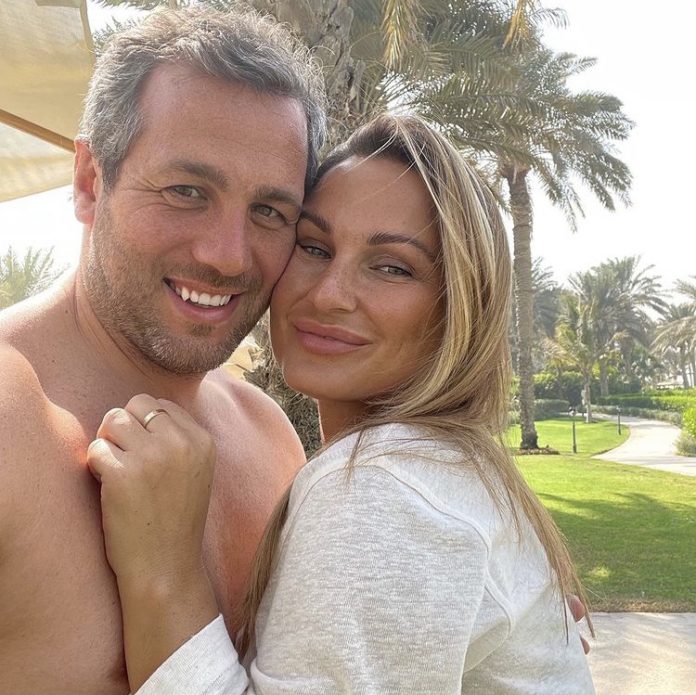 The former TOWIE star took to Instagram on Tuesday to share the exciting news with her 2.5million followers.

Alongside a sweet black-and-white family photo of her two children kissing her baby bump, the 30-year-old wrote: “Soon to be a family of 5 ❤️ We have a spring baby on the way ☺️🤰🏽”

“We’re so happy and feeling blessed 🙏❤️ ps keeping this little one a surprise 💙💖?” Sam added.

Gemma Collins commented on the post: “Whoop whoop so happy for you guys congratulations ❤️”

Love Island star Amber Davis wrote: “Oh Sam I had a feeling!!! I am so happy for you ❤️❤️❤️”, while ex Coronation Street star Helen Flanagan penned: “So happy for you darling ✨”

Sam and Paul are already parents to a five-year-old son named Paul Jr and a three-year-old daughter called Rosie.

The couple have been dating for seven years, and Paul recently discussed his plans to wed his longtime love Sam.

During an episode of The Mummy Diaries last year, he said: “I 100 per cent feel like during lockdown me and Sam have got… I didn’t think we could be any closer. We took the most out of it we could. And yeah we’re probably that one step closer to getting married.”