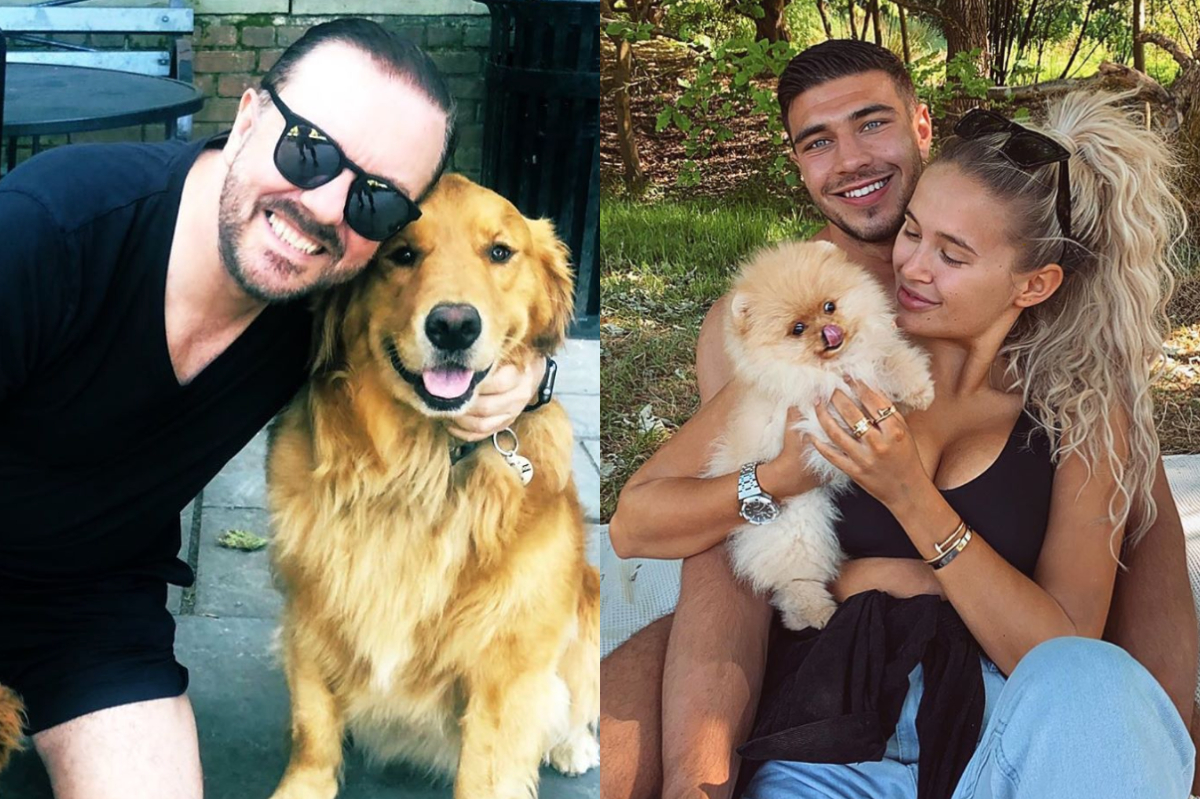 Ricky Gervais has called for a ban on puppy imports, urging people to rescue dogs locally instead.

The After Life star has signed a petition to stop the transportation of dogs, following the death of Molly-Mae Hague and Tommy Fury’s puppy.

Earlier this month, the Love Island star announced that her new puppy had sadly passed away – just days after he was imported from Russia.

The government e-petition, which was started by Lucy Parkinson, has over 17,000 signatures.

“The recent tragic case of a puppy dying just 6 days after being delivered from Russia has exposed a completely legal but immoral route to market for pups bred hundreds of miles away and sold away from their mums.”

Other celebrities have also signed the petition, including Katie Price and Downtown Abbey star Peter Egan.

The government respond to all petitions that get more than 10,000 signatures and after 100,000 signatures, the petition will be considered for debate in Parliament.