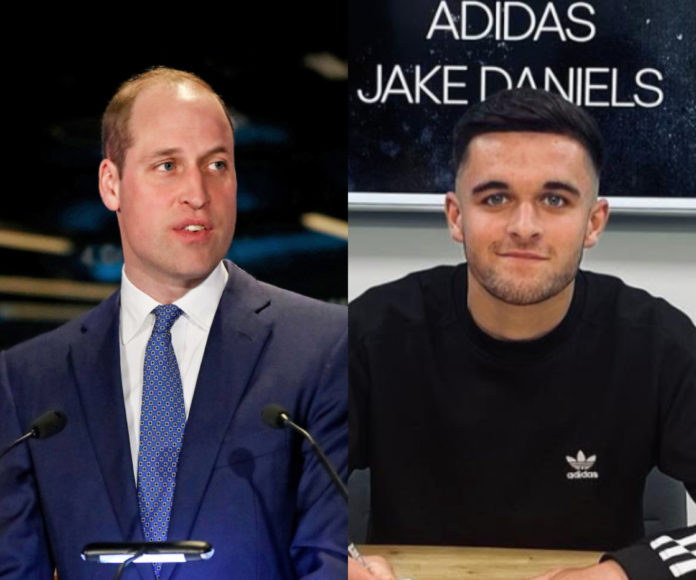 Prince William has shared a message of support for Jake Daniels, who has become the UK’s first professional male football player to come out as gay since 1990.

The Blackpool FC player opened up about his sexuality in a moving statement on Monday, which has won praise on social media.

Sharing the 17-year-old’s statement on the @KensingtonRoyal Twitter account, the Duke of Cambridge wrote: “Football should be a game for everyone.”

Football should be a game for everyone.

What Jake has done takes courage and will hopefully help break down barriers that have no place in our society.

I hope his decision to speak openly gives others the confidence to do the same. W https://t.co/6YaHi2fipM

“What Jake has done takes courage and will hopefully help break down barriers that have no place in our society.”

“I hope his decision to speak openly gives others the confidence to do the same.”

In a statement shared by Blackpool FC, he wrote: “I’ve been hiding the real me and who I really am. I’ve known my whole life that I’m gay, and I now feel that I’m ready to come out and be myself.”

“It’s a step into the unknown being one of the first footballers in this country to reveal my sexuality, but I’ve been inspired by Josh Cavallo, Matt Morton and athletes from other sports, like Tom Daley, to have the courage and determination to drive change.”

“In reaching this point, I’ve had some of the best support and advice from my family, my Club, my agent and Stonewall, who have all been incredibly pro-active in putting my interests and welfare first,” he continued.

“I have also confided in my team-mates in the youth team here at Blackpool, and they too have embraced the news and supported my decision to open up and tell people.”

“I’ve hated lying my whole life and feeling the need to change to fit in. I want to be a role model myself by doing this.”

“There are people out there in the same space as me that may not feel comfortable revealing their sexuality. I just want to tell them that you don’t have to change who you are, or how you should be, just to fit in.”

Jake concluded his statement by writing: “You being you, and being happy, is what matters most.”