Prince Harry and Meghan Markle’s multi-million deal with Netflix “will be scrutinised” by the royal family, according to a new report.

Earlier this week, the Duke and Duchess of Sussex confirmed their partnership with the streaming giant, which is said to be worth $100 million (£75m).

Although the couple stepped down as senior members of the British royal family back in March, insiders have claimed their commercial deals are still “subject to discussion”.

A source told the UK Mirror: “Harry and Meghan did leave as working members of the family with everyone’s best wishes and it is sincerely hoped they find the happiness that appeared to be lacking in their lives.”

“However, it goes without saying any deals they are making will be scrutinised by the royal household.”

The insider continued: “Under the terms of their deal to forgo their royal duties, they agreed any commercial deals would be subject to discussion. This deal with Netflix, any speaking engagements or other corporate work are examples.”

“Both the Royal Family and senior courtiers will be aware of how this looks to the public, especially as the couple have not yet paid back the £2.4million they promised to refund to the taxpayer for Frogmore Cottage, which will be their UK base.”

Harry and Meghan confirmed that they signed a deal with Netflix earlier this week, after founding their own production company.

According to The New York Times, the deal will allow them to make documentaries, docu-series, feature films, scripted shows and children’s programming for the popular streaming service.

In a statement, the couple said: “Our focus will be on creating content that informs but also gives hope. As new parents, making inspirational family programming is also important to us.”

Ted Sarandos, Netflix’s co-chief executive and chief content officer, said in a statement: “We’re incredibly proud they have chosen Netflix as their creative home and are excited about telling stories with them that can help build resilience and increase understanding for audiences everywhere.”

Harry and Meghan moved from Canada to California back in March, around the same time they officially quit the royal family.

The couple and their son Archie are currently living in a multi-million dollar mansion in Santa Barbara, which they purchased back in June. 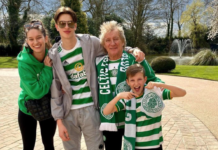 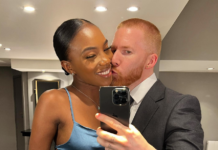