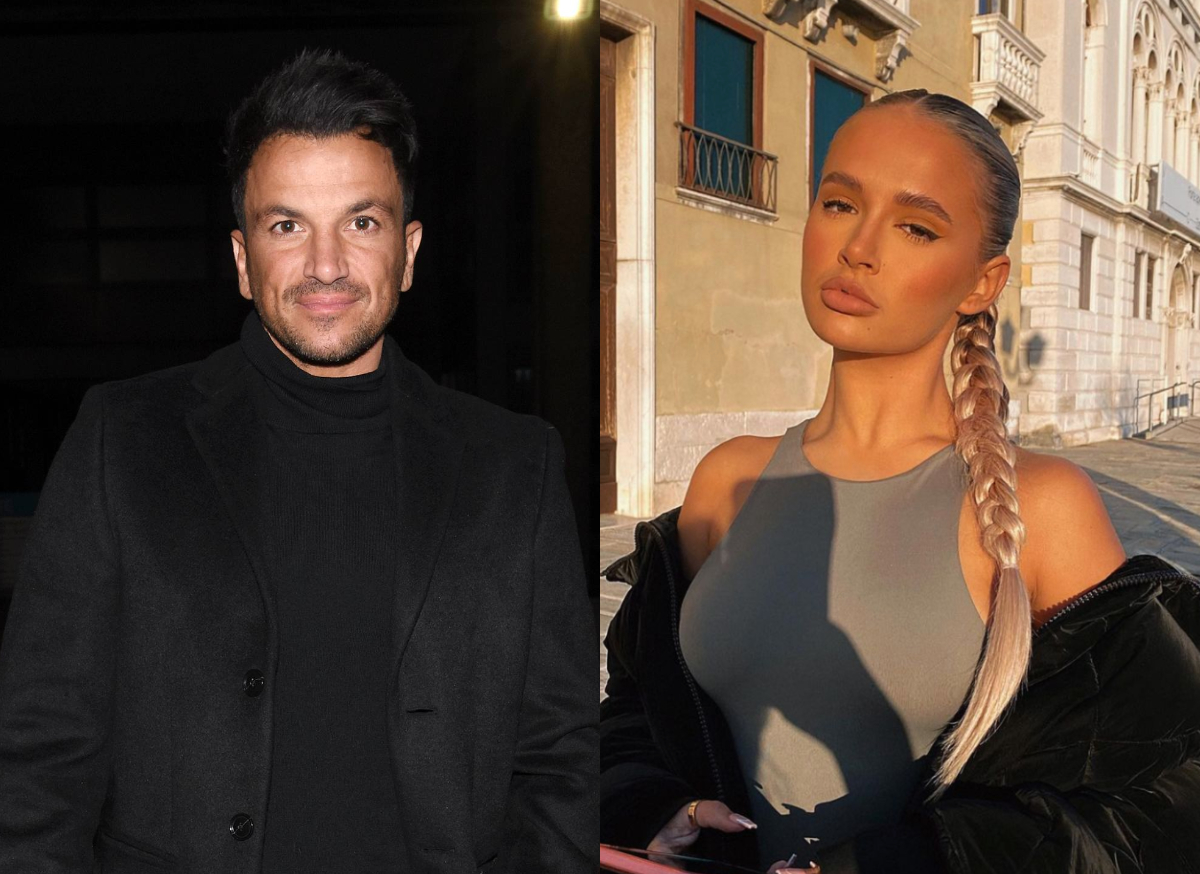 Last week, the Love Island star came under fire on social media, after she complained about the quality of food she ate on a recent trip to Italy.

Responding to Molly’s comments in his New magazine column, Peter wrote: “How can Italian food be shocking in the place it originated from?”

“For me, Italian food is the best. I love the food in Venice and when I went to Rome the food was incredible. I love my pasta al dente and that’s exactly how it should be.”

“I’d never name and shame, because it’s not nice,” Peter wrote, before adding: “I like Tommy and Molly-Mae so I don’t want any Fury!”

Molly-Mae criticised Italy’s local cuisine on her Instagram Story last week, and wrote: “I absolutely loved Venice but one thing I will say about Italy in general… The food is actually shocking?”

“So controversial I know but I’ve been a lot of times now to different parts and I’ve tried a lot of different restaurants and I’m always so disappointed.”

“It’s meant to be the home of pizza and pasta and I really can’t see how! Strange. Even this ice cream was grim,” she added. 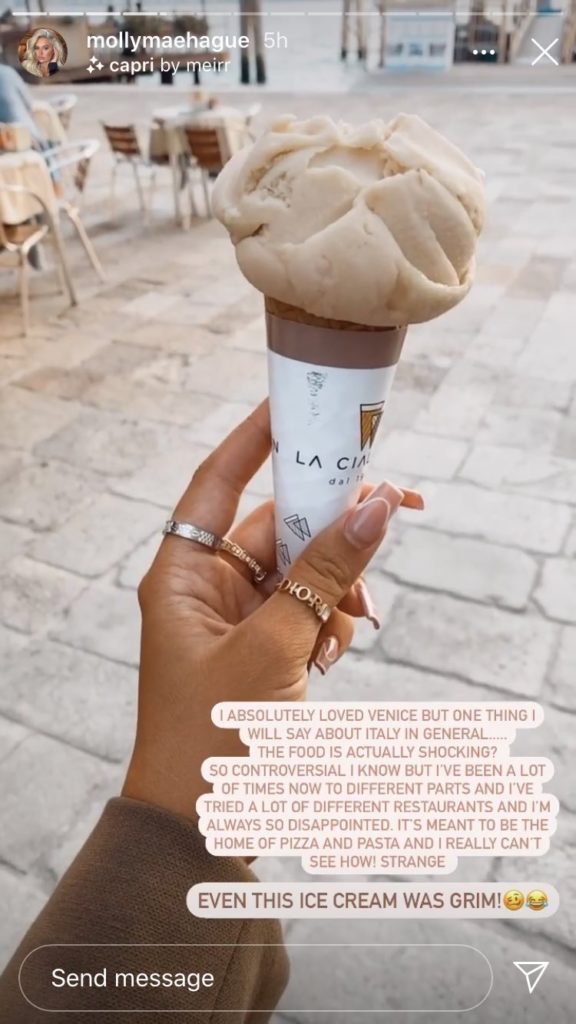 Molly quickly came under fire for her comments, as many pointed out she shouldn’t be travelling at all amid the coronavirus pandemic – let alone complaining about food.

One Twitter user wrote: “Not molly mae complaining about the food on her 50th holiday abroad during a pandemic… worms for brains.”

After noticing her name was trending on Twitter, the 21-year-old took to the social media platform to express her frustration.

Hitting back at her critics, Molly tweeted: “It’s the preaching about mental health day on Saturday and then continuing to unnecessarily rip into someone on Monday for me.”

Some fans shared their support for Molly underneath her tweet.

One follower commented: “Imagine making a big deal out of someone not liking some food? Like I don’t get it. We all have different opinions and tastes.”

However, others continued to criticise the reality star’s response.

One Twitter user replied: “Its the travelling abroad unnecessarily during a global pandemic and then publicly insulting the culture for me.”

Another wrote: “She can have an opinion, but airing a subjective opinion on peoples culture overall on social media is very naïve and the backlash was expected to happen to a degree.”