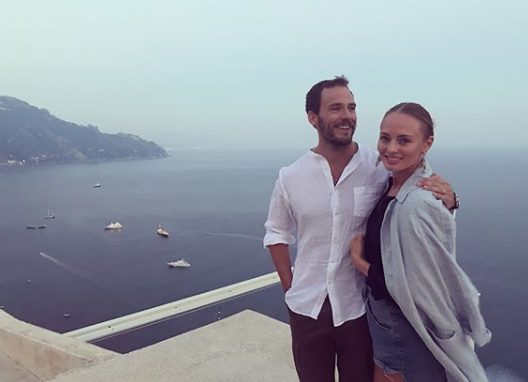 Peaky Blinders star Sam Clafin has announced he has split from his wife of six years.

Taking to his Instagram stories The Hunger Games star revealed he and actress Laura Haddock have separated.

“Laura and I have decided to legally separate,” he wrote.

“We will move forward with nothing but love, friendship and a deep respect for one another whilst we continue to raise our family together.

“We won’t be commenting on this further. Thank you in advance for your support and respecting our privacy at this time. Both of us x”

The couple had started dating after they met in an audition room.

While Sam is known for mega TV shows like Game of Thrones and Peaky Blinders, Laura starred in Guardians of the Galaxy and The Inbetweeners Movie.