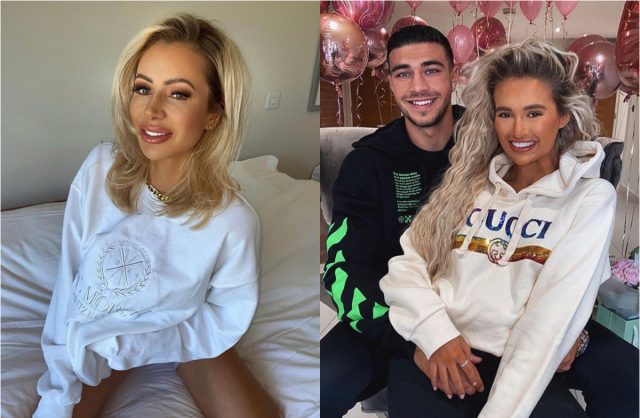 Olivia Attwood has defended Molly-Mae Hague and Tommy Fury, after they were allegedly “conned” by money-making breeders.

The Love Island star has revealed that she was offered free puppies following her appearance on the show, and she slammed the breeders for making a profit from the dogs.

Olivia took to Instagram to defend the couple, after their Pomeranian puppy died just days after he was imported from Russia – through a breeder based in the UK.

The news comes after Molly-Mae and Tommy revealed how their dog died in an emotional YouTube video – just days after he was imported from Russia.

The reality stars, who met on the dating show in 2019, explained that their puppy Mr Chai had a seizure and died because his skull wasn’t formed properly.