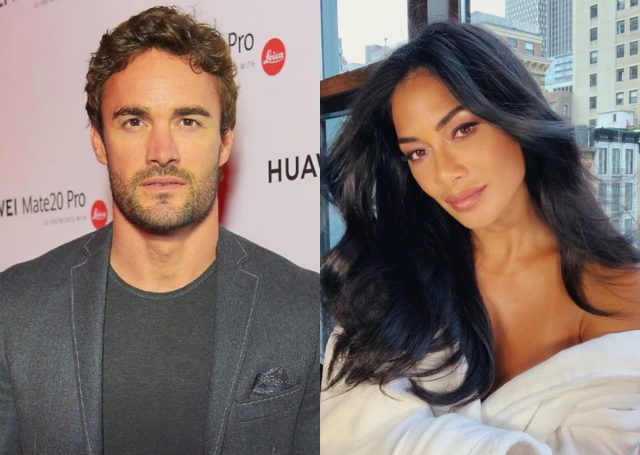 Nicole Scherzinger has been spotted out with X-Factor Celebrity star Thom Evans.

The rugby player competed on the ITV show as part of a band called TryStar alongside fellow rugby stars Ben Foden and Levi Davis.

In photographs obtained by The Daily Mail, the pair were pictured leaving the venue together after the show ended.

Nicole recently denied rumours of romance claiming she was too busy for love.

“Thom is lovely but what’s going on is that I am very busy,” she said.

“It’s been a very transitional transformation year for me and I am really focusing on distracting myself with my destiny,” she told Dan Whotton’s podcast The Interview.

The X-Factor Celebrity judge was hit with claims she voted the group off the show in a bid to save their romance with the 34-year-old.

41-year-old Nicole is set to return to the stage herself, alongside her sultry girl-group the Pussycat Dolls.

The band announced a reunion last month with shows scheduled for the UK and Ireland.