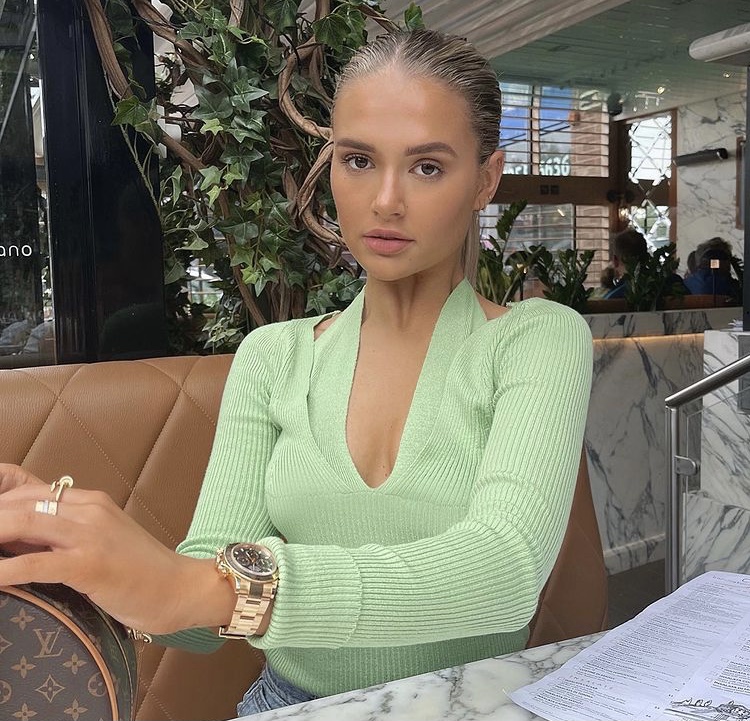 Molly-Mae Hague has shared an update from hospital, after having two lumps removed.

The 22-year-old has urged her fans to regularly check their bodies after undergoing surgery to remove a lump from her breast, and another from her finger.

Sharing a selfie from her hospital bed on Saturday afternoon, Molly wrote on Instagram: “I spoke about a lump I found in my boob on a recent vlog of mine, well I had it removed today.” 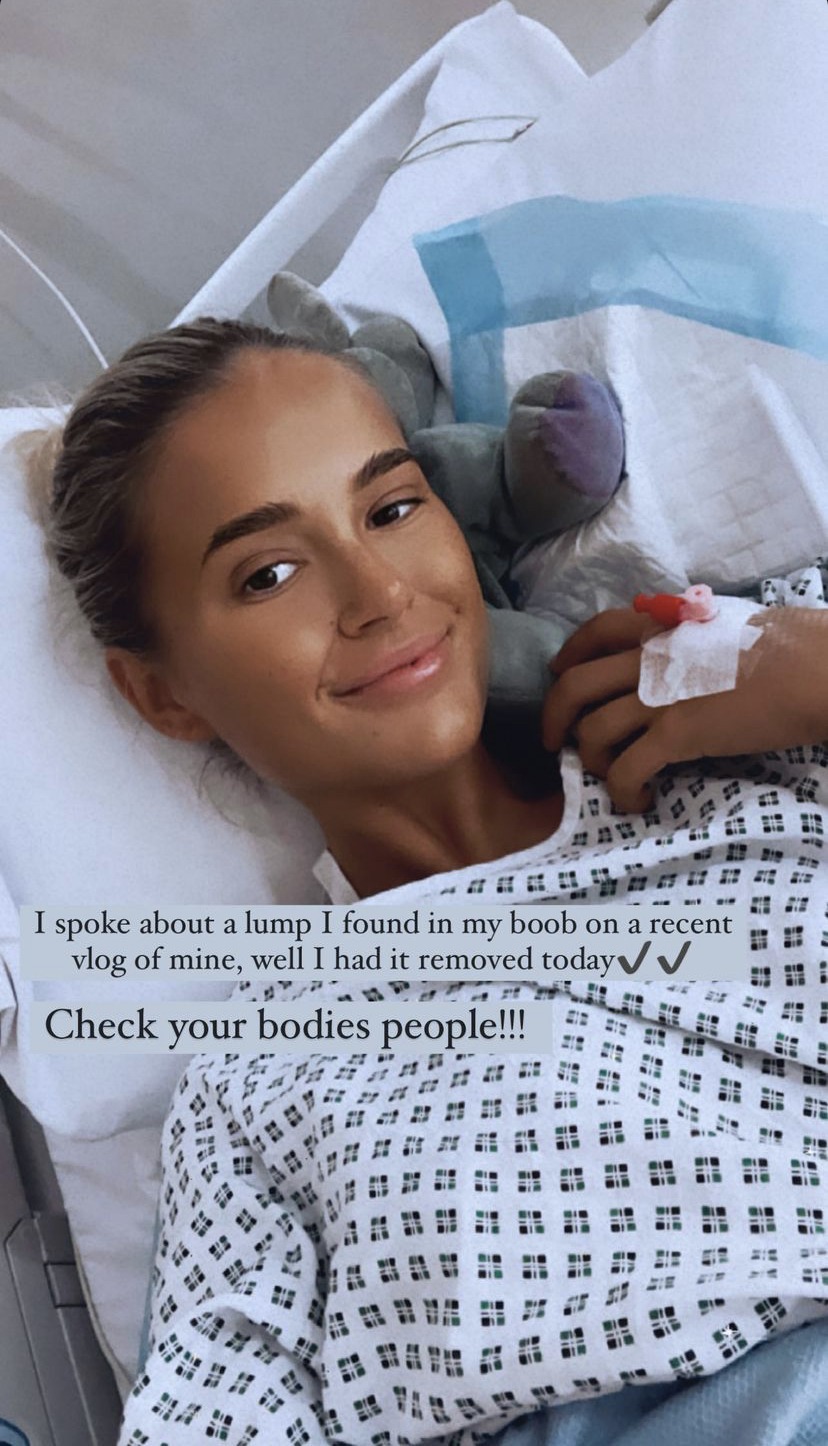 “Check your bodies people!!!” she added.

Molly then shared a picture of her hand wrapped in a bandage, and wrote: “Also had a lump removed from my finger that I’ve spoke about a few times too.”

“Also having a cannula put in my hand has always been without a doubt my biggest fear. So that is in itself today a huge achievement for me.” 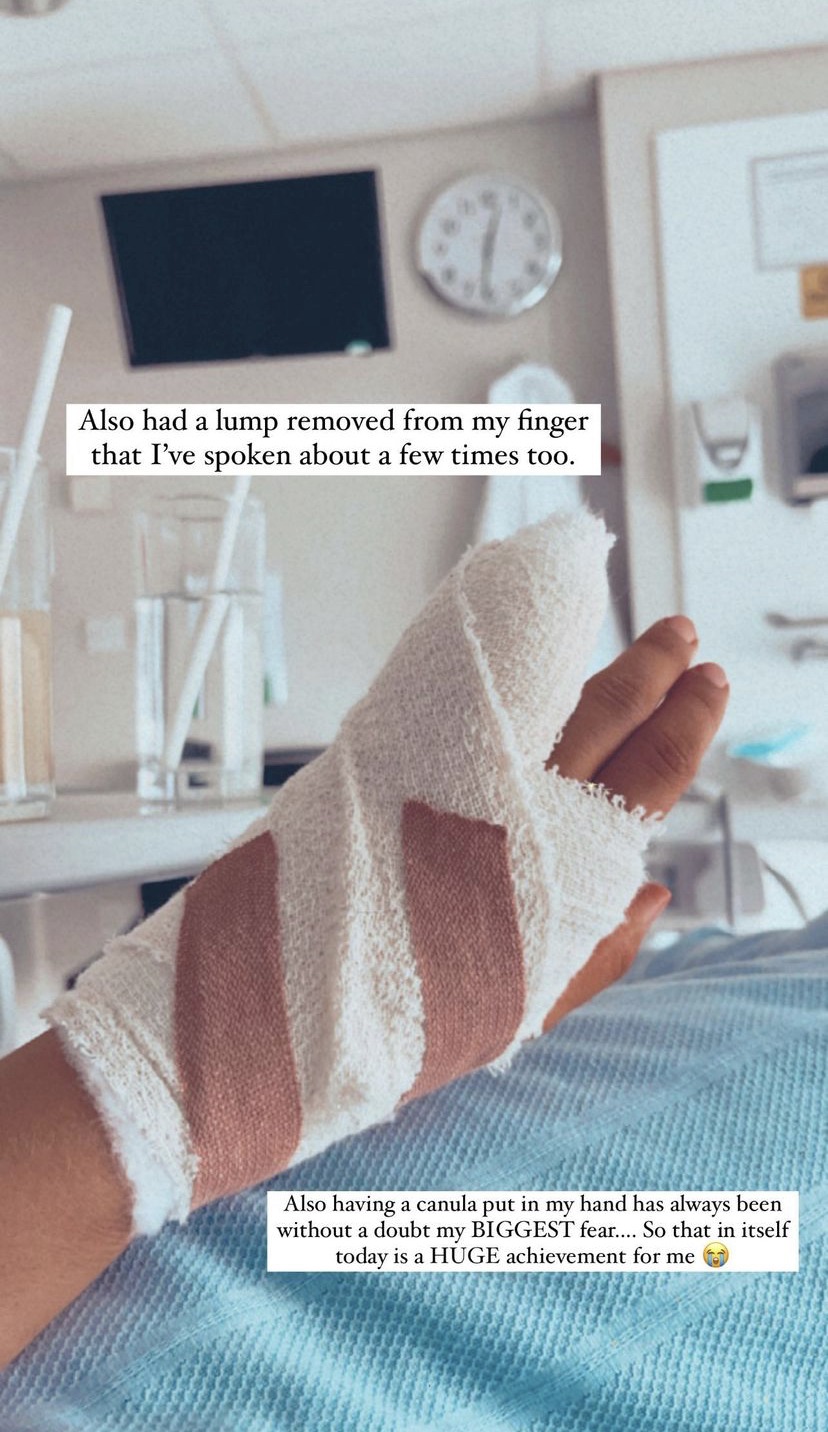 Last month, the former Love Island star told fans that she found a lump in her breast, but reassured her followers that it was “completely benign”.

In a YouTube video, the popular influencer explained: “I basically noticed a little lump in my boob, went to get it checked and it was completely fine, completely benign.”

“It’s a little thing called a fibroadenoma and it’s a normal thing to get at this age, small lumps can happen all the time it doesn’t mean they’re sinister. So I went back today to get it checked and it had grown a little bit.”

“Again, it doesn’t mean it’s sinister or dramatic, just it had grown a little bit. So the doctor recommended we did a biopsy. It was not very nice considering I’m not very good with needles, but I thought there’s not a way round this, I have to do it.” 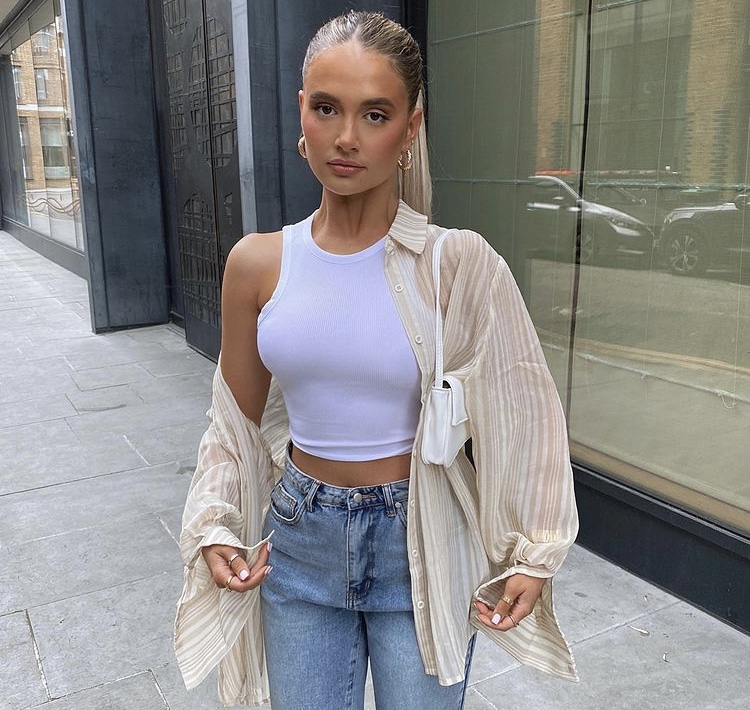 “So he stuck a big fat needle in my boob, numbed it and took samples from the lump. I promise I will keep you updated with this one.”

“We should always be checking our boobs, checking for lumps so we can make sure they’re all ok and get them removed if needs be.”

Around this time last year, the 22-year-old had another health scare when she found out a mole she had removed from her leg was malignant melanoma, which is a type of skin cancer.